The Tuesday bird walk went to Lot Ten in Qualicum Beach. The morning was sunny and hot but lovely and cool in the forest.  A  Pacific-slope Flycatcher flew in low near the trail and then disappeared in the bushes.   A  Black-headed Grosbeak was singing from high up in a tall conifer.  A pair of Red-breasted Sapsuckers flew in and landed close to the trail.   A large flock of Bushtits were seen flying across the river. We had great views as we watched a very colorful Western Tanager feeding on a tall cedar tree just across the river for about ten minutes.  A flock of Red Crossbills flew overhead.  Swainson's Thrush's filled the morning with their songs and we did seen one on the trail.  Several Turkey Vultures and Violet-green Swallows flew overhead. 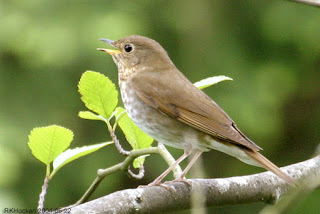 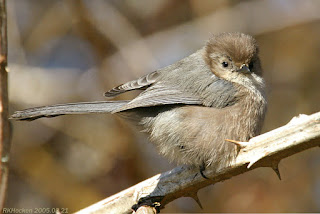 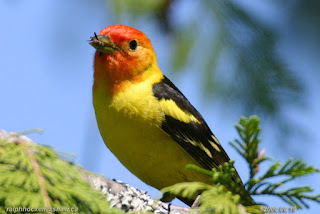 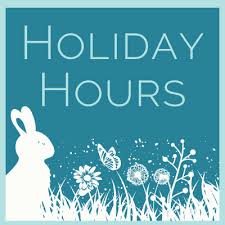