The Sunday bird walk went to the Nanaimo River Estuary in south Nanaimo. The morning was mostly sunny with a strong wind off the Strait of Georgia. A Northern Harrier was spotted flying low over the fields at the start of the walk.  A flock of Snow Geese and Cackling Geese flew overhead. A Red-tailed Hawk circled high over head. We saw three Northern Shrike perched on short bushes during the morning. The bird of the morning was the sighting of a Swamp Sparrow that was seen close to the viewing tower. An American Tree Sparrow was spotted in the same area. Several White-crowned Sparrows, Golden-crowned Sparrows, Spotted Towhees and Dark-eyed Juncos were seen in the field next to the river. 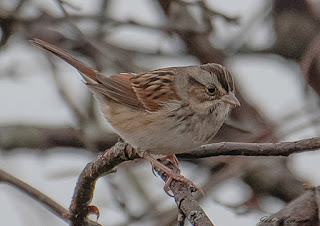 
Wednesday, October 31:
A Ross’s Goose and a Snow Goose were seen near the Nanaimo Yacht Club in Nanaimo.

A Swamp Sparrow was seen at the Nanaimo River Estuary in south Nanaimo.


Parksville/Qualicum Beach Tuesday bird walk, October 30, 2018
The Tuesday bird walk went to Deep Bay.
The morning was cloudy with very calm winds on the Strait of Georgia.  One Trumpeter Swan was spotted not far from us on the bay. A Brandt’s Cormorant was spotted on the Strait.   Flocks of Canada Geese, American Widgeon and Northern Pintail flew overhead heading down the Strait. Several flocks of Surf Scoters, White-winged Scoters and Black Scoters were seen on the Strait all morning. Five Pigeon Guillemots and four Marbled Murrelets were seen resting on the water not far from us. The seabirds are back for the winter!  A lone Willow Flycatcher, a Ruby-crowned Kinglet and a Golden-crowned Kinglet  were seen in a tree near the trail. 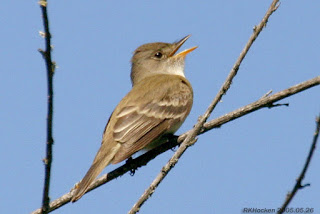 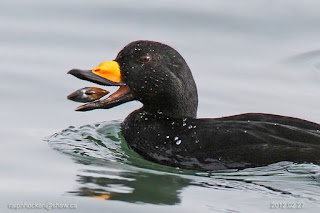 
Monday, October 29:
A Steller’s Jay was seen near the Jingle Pot Pub in Nanaimo.


The Tuesday Bird Walk on November 06, 2018 will be going to The Little Qualicum River Estuary.  Meet at the Parksville Community Park (near the Lions Club playground parking lot) in Parksville at 9:00 am, or at the parking lot at the Brant Viewing Platform in north Qualicum Beach at about 9:20 am.


“There will be no Sunday bird walk on November 11, 2018”
The Tuesday Bird Walk on November 18, 2018 will be going to Buttertubs Park in Nanaimo. Meet at the Backyard Wildbird and Nature Store, 6314 Metral Drive in Nanaimo at 9:00 am or at Buttertubs Marsh at the Bowen Road side of Buttertubs at about 9:15 am.
Good birding
Neil Robins