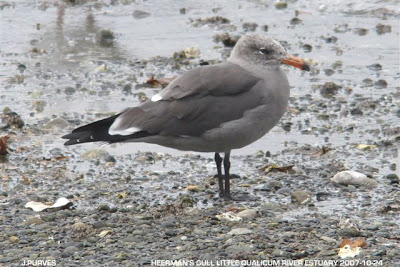 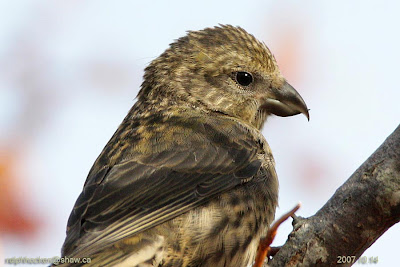 Monday October 15:
An American Bittern was seen landing and walking on a roof of a house at Redonda Place in Qualicum Beach.
Two Red-tailed Hawks, over 100 Green-winged Teal, a Cinnamon Teal, a Blue-winged Teal and a Snow Goose was seen in with a flock of Canada Geese at the Nanaimo River Estuary Holden Creek side.
Sunday October 14:
A Barred Owl was seen at the Inland Lake Provincal Park in Powell River.
Two Anna's Hummingbirds were seen on Gabrolia Island near the Village.
Two White-throated Sparrows and one Golden-crowned Sparrow were seen across from the Marina at Deep Bay. Two Long-tailed Ducks were spotted offshore at Deep Bay.
Common Loons, Horned Grebes, Red-necked Grebe, Brandt's Cormorant, Double-crested Cormorants, Pelagic Cormorant, Canada Goose, Mallard, Surf Scoters, White-winged Scoters, Black Scoters, Red-breasted Merganser, Bald Eagles, Mew Gull, Glaucous-winged Gull, Belted Kingfisher and Northwestern Crows were seen at Nanoose Bay.
A California Quail was visiting a yard in the Rock City area of Nanaimo.
Anna's Hummingbirds are visiting feeders in the 4600 block of Lost Lake Road and at the corner of Sunderland Avenue and Townsite Road in Nanaimo.
Friday October 12:
One White-throated Sparrow, Dark-eyed Juncos and Six White-crowned Sparrows were seen in Cinnabar Valley in south Nanaimo. 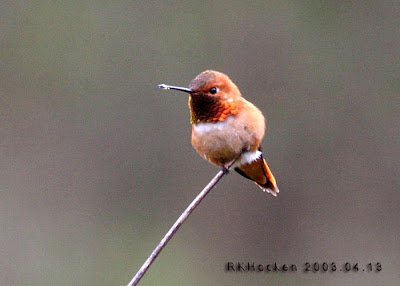 Saturday October 20th we received another report of a Rufous Hummingbird visiting a feeder in the Departure Bay area of Nanaimo. This is the second Rufous sighting in the last couple of weeks. Unfortunately the Rufous Hummingbird that was seen in the Westwood Lake area was only seen a couple of times but has not been seen recently.
No comments: 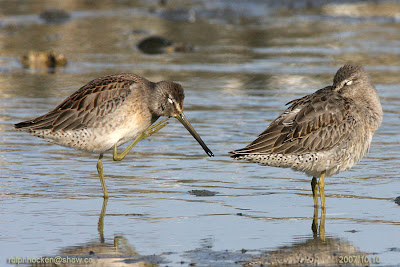 Tuesday October 09:
One Anna's Hummingbird, one Rufous Hummingbird and a Varied Thrush were seen in a yard in the 200 block of Dawkins Lane.
An estimated one hundred Hummingbirds were seen moving through a yard Woodthrush Place near Westwood Lake in Nanaimo.

Monday October 08:
A flock of about twenty Snow Geese were seen flying in a South East direction, high above Colbourne Road in Nanaimo
A Sharp-shinned Hawk, Bewick's Wren, Dark-eyed Junco, Song Sparrow and a Varied Thrush were seen in a yard along the 2100 block of Lancashire Avenue in Nanaimo.
A Red-tailed Hawk was spotted at the corner of Highway 19 and Northfield Road near the marsh.
A Cackling Goose was seen in with Canada Geese on the golf driving range in Duncan.

Thursday October 04:
A Great Blue Heron was seen standing and preeming at the end of a wharf across from Newcastle Island in downtown Nanaimo. 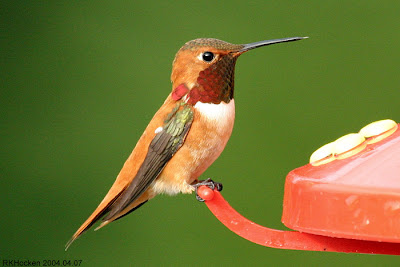 Tuesday afternoon, October 9/2007, a male Rufous Hummingbird was seen looking for a feeder on Dawkins lane in the Westwood Lake area. The bird returned to where a feeder is usually hung in the summer.
1 comment: 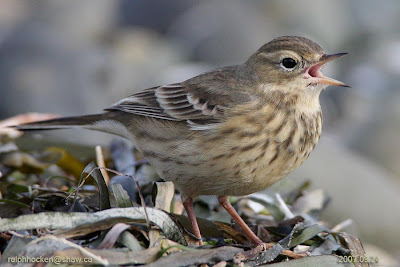