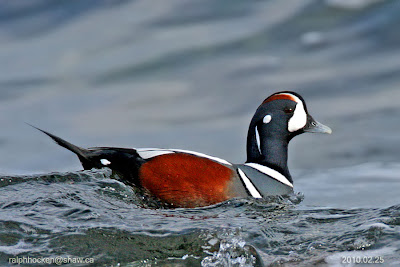 There were 3 hardy birders for the Tuesday bird walk to Rathtrevor Park. The morning was cold, but with some sun and only a small breeze on the water. Highlights were seeing Trumpeter Swans flying overhead, several Varied Thrush and also several Winter Wrens.


Until next week,
Rhonda Fleming
No comments: 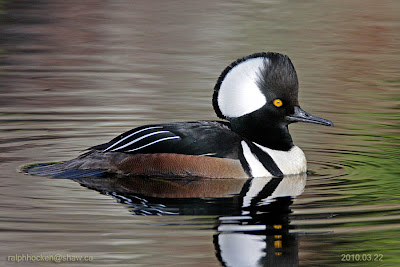 
Next Tuesday's (Nov 22nd) bird walk will be to Rathtrevor Provincial Park.


Until then, good birding
Rhonda Fleming
No comments: 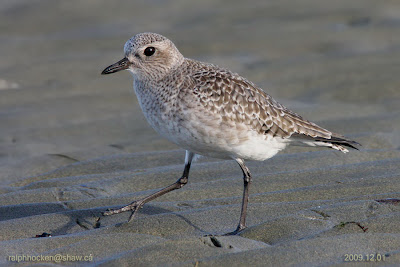 
Until next week - good birding.
Rhonda Fleming
No comments:

The birding is hot here, as we expected, and us two birders are hot and sticky. Neil has added at least 400 Lifers to his list--his favorite to date is the Bat Falcon that he saw while we were cruising down the Rio Madre de Dios in a Long Boat. Marilynne was impressed with the sighting of hundreds of Inca Terns. See you all in a couple of weeks with lots of tales of our adventure in the very rugged country. Neil & Marilynne
No comments:

RARE BIRD ALERT:
American Tree Sparrow was seen Sunday Morning at the Englishman River Estuary on the Shelly Road side in front of the viewing stand, feeding with a couple of Dark-eyed Juncos.

Friday November 12:
A Mute Swan was seen on the beach in front of the boardwalk at the Parksville
Community Park along with the six Snow Geese.

Sunday November 7:
A Snow Bunting was seen flitting about the grass and sand by the point in Deep
Bay.

Tuesday November 2:
Ring-necked Pheasant and 4 Snow Geese were seen at the Cottonwood Golf
Course in Cassidy. 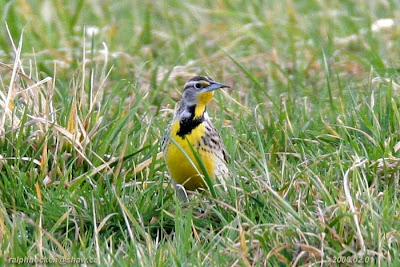 The Tuesday bird walk went to the Shelly Road side of the Englishman River Estuary in Parksville. The morning was sunny and quite warm. The winds and seas were calm. The highlights included seeing eight Snow Geese at Parksville Bay before the walk. A Hutton's Vireo and a Warbling Vireo were gleaning insects on a tree just off the trail along the river.
We spotted a Gadwall, a Common Goldeneye and a Eurasian Wigeon in with a large flock of American Wigeon near the shoreline. A Cooper's Hawk was perched in a tall conifer tree along the river. A Short-eared Owl flew over the estuary and quickly disappeared. We watched as a Western Meadowlark perched on a bush near the trail and then flew onto an open meadow to join three other Western Meadowlarks that were perched on the root of a log. We had great looks at them as they posed for us. We spotted a Northern Shrike perched on a bush.