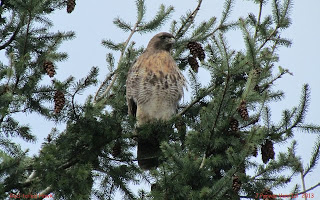 
The Tuesday bird walk on April 02 will be going to the Shelly Road side of the Englishman River Estuary in Parksville. 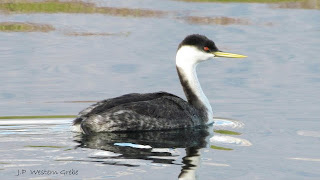 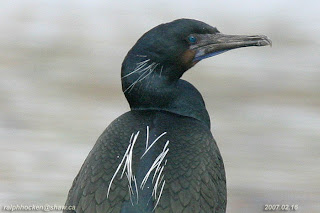 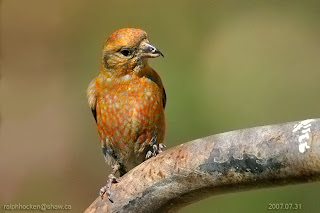 
Everyone is welcome to join us for a 2-3 hour bird walk on the Sunday and Tuesday mornings. We leave from the Store at 9 a.m. Sunday Mornings and go to a different location in and around Nanaimo and from the Parksville Beach Community Park at 9 a.m. on Tuesdays and go to different areas in and around the Oceanside area.

The Tuesday bird walk on March 19, 2013 will be going to Rathtrevor Provincial Park in Parksville..


We will meet at Parksville Bay at the Lion's Playground parking area in Parksville at 9:00 a.m. or at the main parking lot at Rathtrevor Provincial Park at about 9:10 a.m. 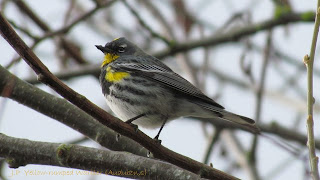 Three Yellow-rumped Warblers were seen near the Morning Star ponds in French Creek on March 15, 2013
No comments: 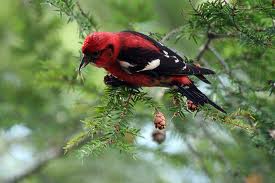 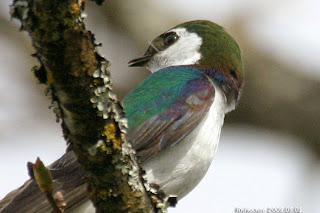 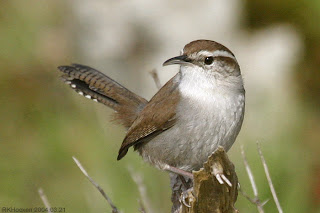 A flock of over fifty Evening Grosbeaks were seen at Holden Creek in Cedar.

Friday, March 08:
A Ruddy Duck and Tree Swallows were seen at Somenos Marsh.  A Canvasback was seen at Quammichan Lake and Lesser Scaup, Gadwall and Northern Shoveler  were seen at the Sewage Ponds in Duncan.

Thursday, March 07:
“Rare Bird Alert- Citrine Wagtail”
The Citrine Wagtail was seen once again in Courtenay on March 07.
Directions to specific location: From Courtenay, cross the 17th St. Bridge
(Courtenay River). Turn right onto Comox Road (Dyke Rd) until the Pumping Station on the right hand side of the road. There is a dirt road across the road with a For Sale sign on the left. Walk up the dirt road towards the steel chain blocking vehicle access. The Wagtail has been observed on the left side of dirt road at the furthest row of trees.

Wednesday, March 06:
A Violet-green Swallow was spotted at Buttertubs Marsh in Nanaimo.

A Rufous Hummingbird was reported visiting a feeder at Sealand and Sunset Road in north Nanaimo.

A Turkey Vulture was seen above McKeon Road in Harewood Plains in Nanaimo.

Just a few new bird reports from this week:

CITRINE WAGTAIL - The Citrine Wagtail was behind the alder strip in the cornfield 200m down wagtail avenue Thur March 7th 5.10pm and then flew into trees for 5 minutes then headed to Comox.

VIOLET-GREEN SWALLOW - was seen Wednesday March 6 at Buttertubs Marsh. This is the first report of the year for Nanaimo.

RUFOUS HUMMINGBIRD - was reported visiting a feeder at Sealand and Sunset road in north Nanaimo.

The herring spawn is underway and it has been very activie in the Qualicum Beach and Parksville area. Hammond Bay is a spot to watch for the herring spawn along with all the birds that are attracked by it. 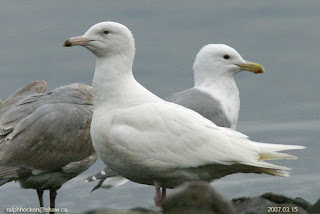 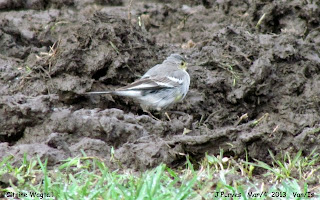 The Citrine Wagtail, Canada's first (and only the second for the ABA Checklist Area), and originally found by David and Adele Routledge, continues in Courtenay was seen again on March 04, 2013. The Wagtail was seen by a birder from Oregon, two birders from Montana, two birders from Parksville and two birders from Nanoose Bay, it was feeding at the far end of the trail near the second row of bushes on the left side of the trail. It was feeding in the mud trail in the field for about one hour then it flew through the bushes and started feeding on the cornfield along the old cornstalks.
No comments: 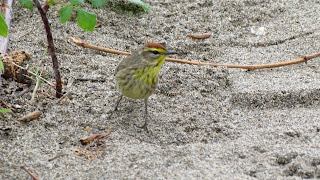 Palm Warbler: John Purves Photo.
The Palm Warbler was seen on March 04, feeding with Dark-eyed Juncos and Golden-crowned Sparrows near the viewing platform and the hedgerow that runs along the river bank at the Nanaimo River Estuary in south Nanaimo.
No comments: 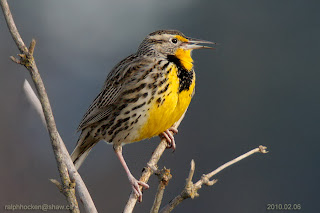