Another TROPICAL KINGBIRD has been sighted on Hornby Island. The bird was seen feeding on red berries in a garden on Anderson Drive, Hornby Island. No picture as of yet but hopefully one will taken.
Any confirmation would be appreciated.
Good birding!
No comments: 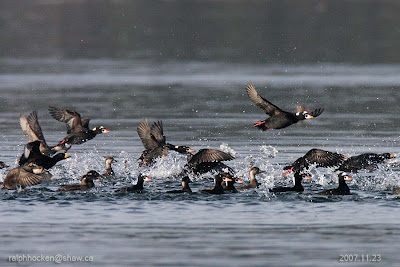 Friday November 23:
A Pileated Woodpecker is visiting a backyard suet feeder along Barrington Road in Nanaimo.
A White-throated Sparrow was seen in the 2500 block of Glenayr Drive in Nanaimo.
A Varied Thrush and a Hutton's Vireo were seen at Jingle Pot R.V. Park in Nanaimo.
Wednesday November 21:
The Wednesday Bird Walk went to Deep Bay today. Among the highlights were a large number of Long-tailed Ducks--many of them very close to shore. Two Trumpeter Swans were in the marina and off shore, looking towards Denman Island, we saw large flocks of Horned Grebes, Red-necked Grebes as well as an Ancient Murrelet. From Nile Creek we saw a fishing boat with a huge mass of Gulls in a feeding frenzy along with a Common Murre and a Rhinoceros Auklet.
Eleven birders found the following forty-seven species:
Canada Goose, Trumpeter Swan, Gadwall, American Wigeon, Greater Scaup, Harlequin Duck, Surf Scoter, White-winged Scoter, Black Scoter, Long-tailed Duck, Bufflehead, Common Goldeneye, Barrow's Goldeneye, Common Merganser, Red-breasted Merganser, Pacific Loon, Common Loon, Horned Grebe,
Red-necked Grebe, Brandt's Cormorant, Double-crested Cormorant, Pelagic Cormorant, Great Blue Heron, Bald Eagle, Mew Gull, Thayer's Gull, Glaucous-winged Gull, Common Murre, Ancient Murrelet, Rhinoceros Auklet,
Rock Pigeon, Belted Kingfisher, Ringed-necked Pheasant, Northern Flicker, Northwestern Crow, Common Raven, American Robin, European Starling, Song Sparrow, White-crowned Sparrow, Dark-eyed Junco, Brewer's Blackbird ,Purple Finch, House Finch, Red Crossbill, Pine Siskin and American Goldfinch.
An Anna's Hummingbird was seen in the 5400 block of Kenwill Drive in Nanaimo.
A MERLIN was seen in the 2500 block of Glenayr Drive in Nanaimo.
Sunday November 18:
OUT OF TOWN RARE BIRD ALERT "HARRIS'S SPARROW"
A first winter HARRIS'S SPARROW was seen at a feeder after a heavy rain storm in the 2300 block of Pacific Rim Highway at Ucluelet on the west side of Vancouver Island. The Harris's Sparrow usually spends the summer in the high Arctic and winters in the mid-western USA states.
For further information on these sightings or for help in identifying a
bird please call The Backyard Wildbird and Nature Store
@ (250) 390-3669
Toll Free @ 1-888-249-4145
e-mail: thebackyard@shaw.ca
***********************************
Arrowsmith Naturalists
Monthly Meeting,
Monday November 26, 2007@ 7:30 pm.
Stan Orchard will speak on "Bullfrog Control Programs"
Springwood School
Parksville
**********************************
The Nanoose Naturalists
Monthly Meeting
Thursday December 13, 2007 @ 7:00 pm
Nanoose Library,
Nanoose Bay
**********************************
The Wednesday Bird Walk on November 28, 2007 will be going to the Englishman River Estuary, Plummer Road side. Meet at the Visitor Centre in Parksville on Highway 19A and Northwest Bay Road at 9 a.m. or at corner of Plummer Road and Shorewood Drive at about 9:10 a.m.
**************************************
The Sunday Bird Walk on December 02, 2007, will be going to Buttertubs Marsh in Nanaimo.
Meet at the Birdstore at 9:00 am or at the parking area off Bowen Road at about 9:20 a.m.
**************************************
Good Birding!
Neil Robins
Nanaimo
No comments: 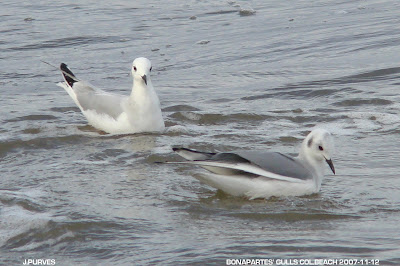 To report your sightings
please phone the Store at 390-3669
or e-mail us at thebackyard@shaw.ca
www.thebirdstore.blogspot.com
Bird Alert --390-3029---
Post your sightings on this site--
http://groups.yahoo.com/group/bcbirdingvanisland/messages
Please remember, when reporting a sighting, to leave your name and phone
number, along with the date and location of your sighting. 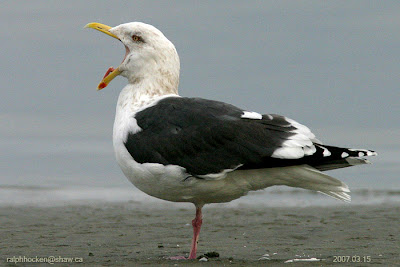 
On November 12th, during the wind, rain and heavy seas, the following species were seen between Sooke and Jordan River, on the west side of Vancouver Island--

Winter storms tend to take birds off their normal course.
Keep an eye out for unusual species during stormy weather. If you see anything unusual give us a call at the Bird Store. 1-888-249-4145
No comments: 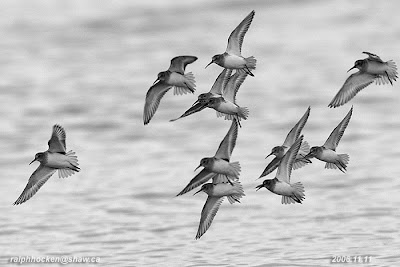 
To report your sightings
please phone the Store at 390-3669
or e-mail us at thebackyard@shaw.ca
www.thebirdstore.blogspot.com
Bird Alert --390-3029---
Post your sightings on this site--
http://groups.yahoo.com/group/bcbirdingvanisland/messages

Sunday November 11, 2007:
OUT OF TOWN RARE BIRD ALERT "IVORY GULL"
A Ivory Gull was seen at Matsqui Flats near Abbotsford on the lower mainland. The Ivory Gull winters in the Arctic Sea and is a casual visitor along the Atlantic Coast. 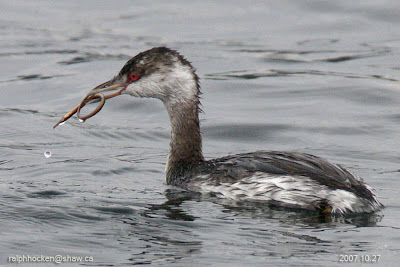 To report your sightings
please phone the Store at 390-3669
or e-mail us at thebackyard@shaw.ca
www.thebirdstore.blogspot.com
Bird Alert --390-3029---
Post your sightings on this site--
http://groups.yahoo.com/group/bcbirdingvanisland/messages

Tuesday October 30:
A Barred Owl landed on a deck railing and had his photo taken in the 5500 block of Avro Way near Brannen Lake in Nanaimo.
Monday October 29:
A White-throated Sparrow (white striped form) was visiting a ground feeding area in the 5300 block of Hammond Bay Road in Nanaimo.
Anna's Hummingbirds were seen visiting feeders in the 4900 block of Bella Vista in Nanaimo.
Sunday October 28:
A juvenile Northern Shrike was photographed at the Nanoose Bay Estuary in Nanoose Bay.
Saturday October 27:
An American Bittern was seen flying above Buttertubs east and west Marshes in Nanaimo.