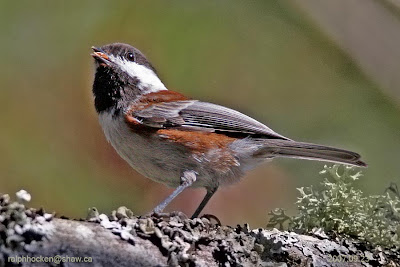 Just recieved a call of a few bird sightings up in the Comox area.
Seen on Wednesday 19th of September at GoosePoint in Comox
2 adult and 1 juv. American Golden Plover. Observed for 15 mins at close range, on the beach and in the air. Also 1 Stilt Sandpiper, 1 Sanderling, and 1 Western Grebe.
Good birding.
No comments: 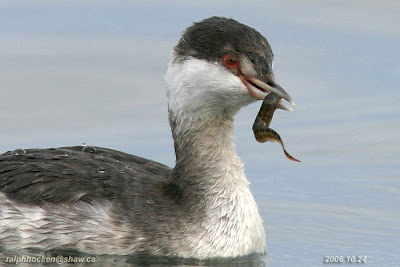 Horned Grebe at Lantzville: Photo by Ralph Hocken
To report your sightings
please phone the Store at 390-3669
or e-mail us at thebackyard@shaw.ca
www.thebirdstore.blogspot.com

CAUTION:
An ADULT COUGAR was seen at about 4:00 P.M. September 20 on the Fire and Tranquility Trails in Morrell Wildlife Sanctuary in Nanaimo..

Hello all,
Late Thursday afternoon, Bev and I were walking Morrell Sanctuary Park and were not too far onto the trail when we had a Cougar sighting

- the cat actually crossed the trail only about twenty yards in front of us (very close!). Within a few minutes, our good birding friend Pete came along on his bike and after explaining to him what we had just seen, he went looking for it on the bike. We surmised that it was hitting towards Tranquility Trail and sure enough, Pete arrived back in a few minutes telling us that the cougar was sitting right on the trail and he that it just loped away down the trail away from him. It was a large, mature, healthy looking animal. What was surprising was the animal's nonchalance towards us in that it did not seem to be in any particular hurry to leave. I think he knew who was in charge. We warned the people with dogs and kids for awhile then posted the sighting on the bulletin board and a sign in the park.
Sorry for the delay in reporting this, but I had a phone call this morning (I had left my phone number at the park) and he advised that it should probably be reported to the proper authorities but I was assuming Pete may have done this as he lives near the park. At any rate, you might want to let the birders that walk the park know. You may have someone else's number that would be interested in knowing this. There was also a bear sighted in the park on the same day.
Robin
No comments: American Golden Plover at the Little Qualicum River Estuary: Photo by Ralph Hocken.
To report your sightings
please phone the Store at 390-3669
or e-mail us at thebackyard@shaw.ca
www.thebirdstore.blogspot.com

Tuesday September 11:
A Cooper's Hawk was seen in Shelly Park along Farrell Drive in Parksville.
A Merlin was seen harassing a Bonaparte's Gull several times at Ships Point looking over Baynes Sound towards Denman Island. 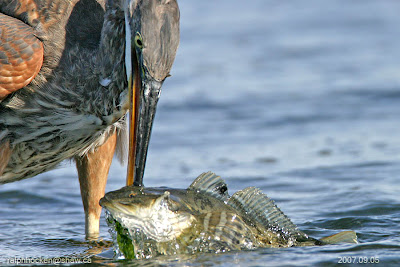 
To report your sightings
please phone the Store at 390-3669
or e-mail us at thebackyard@shaw.ca
www.thebirdstore.blogspot.com

A Barn Owl was seen at R#1, Cameron Road in Ladysmith on the late evening.


A Silver Pheasant was seen between Laguna Way and Dewar Road in Nanaimo.
A female Black-headed Grosbeak was seen along Overlook Drive in Nanaimo.

Friday August 31:
A Silver Pheasant was seen in the 5100 block of Lost Lake Road near Linley Valley in Nanaimo.

Wednesday August 29:
Twenty-four Red Crossbills were seen in the 11000 block of Pilon Road in Ladysmith.

Sunday August 26:
A Varied Thrush was spotted in the 3500 block of Hewstone Road in Cedar. 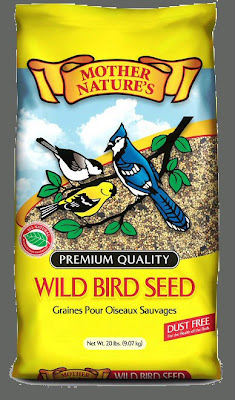 THE BACKYARD WILDBIRD AND NATURE STORE'S

ON UNTIL SEPTEMBER 15TH

GET READY FOR FALL BIRD FEEDING

The seed sale only happens twice a year so come in and save on your birdseed!

Purchase the birdseed you will use in the next few months at the sale price. Don’t worry about storage, just come by and pick up the seed you purchased as you need it, without the hassle of storing it! 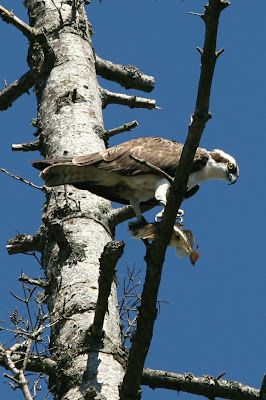 Osprey at Lantzville : Photo by Pauline Hannaford
To report your sightings
please phone the Store at 390-3669
or e-mail us at thebackyard@shaw.ca
www.thebirdstore.blogspot.com

Please remember, when reporting a sighting, to leave your name and phone
number, along with the date and location of your sighting.
Thursday August 30:
A large flock of Red-necked Grebes, ten Common Terns, a Pigeon Guillemot and several Double-crested Cormorants were seen near the point at Deep Bay.
An Osprey was seen sitting on a snag at the south east corner of Westwood Lake in Nanaimo.

An Osprey was spotted high up in a tree next to Highway 19, close to the Lantzville Fire Station.
A Rhinoceros Auklet was spotted nestled in the seaweed next to a big rock along the beach at Madonna Point, Northwest Bay side. On the water, in the same area, there were six Harlequin Ducks.
A Marbled Murrelet was seen at Madonna Point, Craig Bay side just off shore.
A Rhinoceros Auklet was seen in among the boats at the Schooner Cove Marina