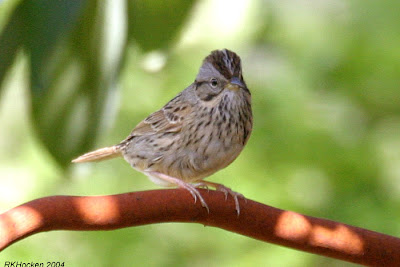 Friday January 13:
A pair of Evening Grosbeaks are visiting feeders in the 2100 block of Boxwood Road in Nanaimo.

A Common Redpoll was spotted in with a flock of Pine Siskins and an American Goldfinch by the Oak Trees on the Dyke at Buttertubs Marsh in Nanaimo.

Monday January 09:
A Townsend’s Warbler is visiting feeders along Dawkins Lane in Nanaimo.

Thursday January 05:
A small flock of Ring-necked Ducks were seen on the marsh at the end of Harwood Road in Nanaimo.

As part of the VIU Science and Technology Spring Lecture Series, I have invited Derek Matthews of the Vancouver Avian Research Centre to present some of the interesting bird monitoring they’ve been conducting. The lecture will take place on Wednesday, February 1, 19:00. The details are available at the links below. These lectures are open to everyone.

Thanks ahead.
Cheers, Eric