The Tuesday Bird Walk went to the Plummer Road side of the Englishman River in Parksville. The morning was mostly sunny with calm winds. We saw numerous Rufous Hummingbirds perched at the top of the bushes at the start of the walk. A Lincoln’s Sparrow and a first of the season Chipping Sparrow were seen close to the trail just across the river. Several flocks of Surf Scoters, White-winged Scoters and Long-tailed Ducks were seen heading down the strait. A flock of thousands of Surf Scoters, White-winged Scoters, Bufflehead, Brant and Greater Scaup were roosting on the Strait just past the Art Gallery. A Common Murre, a Pigeon Guillemot, Pacific Loons and Common Loons were seen further off shore. A Eurasian Widgeon was spotted in with a flock of American Wigeon on the ocean side of the estuary. An Orange-crowned Warbler was seen low in the bushes next to the trail. 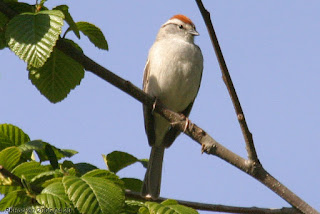 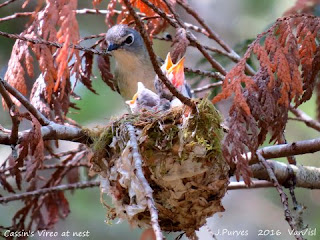 The Tuesday bird walk on April 18 will be going to Springwood Park in Parksville. Meet at the Parksville Community Park at the Parking lot near the Lions Club Kids Playground at 9:00 a.m. or at the west end of Despard Avenue at about 9:10 a.m.