To report your sightings call the birdstore at 250-390-3669 or e-mail
thebirdstore@shaw.ca


Please remember when reporting a sighting please leave your name and phone number with the date and location of the sighting.


Sunday Bird Walk, July 23, 2017:
The Sunday bird walk went to the Plummer Road side of the Englishman River in Parksville. The morning was sunny but there was a strong wind off the Strait of Georgia. A Cedar Waxwing was spotted at the top of a tall Fir tree at the beginning of the walk.  A Black Oystercatcher, fifteen Long-billed Dowitchers, a large number of Least Sandpipers and Western Sandpipers, two Semi-palmated Plovers and several Killdeer were seen on the mud flats. Four Black-bellied Plovers were feeding along the tide line. Mew Gulls, Bonaparte Gulls
and California Gulls were seen on the Strait. 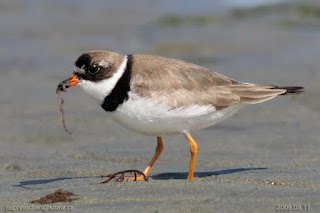 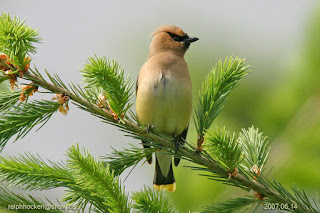 Cedar Waxwing: Ralph Hocken Photo.
Tuesday July 18.
Sixteen Common Nighthawks were seen over McLeary Street and Kennedy Street in Nanaimo.
Six Common Nighthawks were seen over Meridian Way in Parksville.
The Tuesday Birdwalks will resume on September 5/17
The Sunday Birdwalk on July 30, 2017 will be going to the Nanaimo River Estuary in south Nanaimo. Meet at the Birdstore at 9:00 a.m. or at the end of Raines Road at about 9:30 a.m.