The Tuesday bird walk went to the Shelly Road side of the Englishman Estuary in Parksville. After a night of heavy wind and rain, the morning was mostly sunny with calm winds.  Two very large flocks of Pine Siskins greeted us at the start of the walk flying above the trees.  A Eurasian Widgeon and two Gadwall were seen from the viewing ramp.  A Varied Thrush was spotted preening in a bush not far from the trail.  Long-tail Ducks, Surf Scoters, White-wing Scoters, Bufflehead, Red-breasted Mergansers, Common Mergansers, Red-necked Grebes, Horned Grebes, Barrow’s Goldeneye and Common Goldeneye were seen off shore on the Strait.  Two Pileated Woodpeckers were seen just off the trail.  A large flock of Pine Siskins flew out of a bush to the end of the walk. 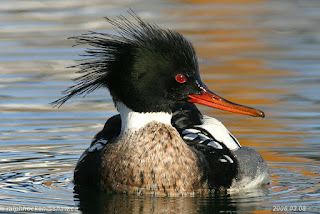 
The Sunday Bird Walk on December 09, 2018 will be going to Neck Point Park in Nanaimo.  Meet at the Backyard Wildbird & Nature Store, 6314 Metral Drive at 9:00 am or at the parking lot at Neck Point Park off Hammond Road at about 9:15 am.