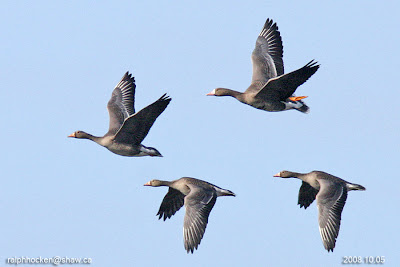 A Common Red Poll was spotted in with a flock of Pine Siskins along White Blossom Way in Nanaimo.

Thursday September 27:
One Hundred and fifty greater White-fronted Geese were seen flying over the Hillier area near Coombs.