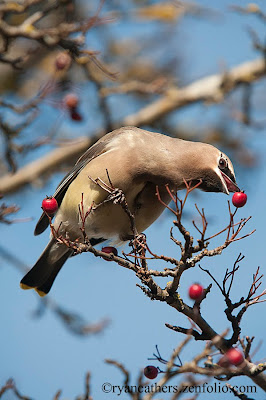 NANAIMO BIRD REPORT
To report your sightings
phone the Store at 250-390-3669
e-mail us at thebackyard@shaw.ca

Please remember, when reporting a sighting, to leave your name and phone number, along with the date, the species and location of your sighting.

Sunday January 30, 2011:
The Sunday bird walk went to the Buttertubs Marsh. The morning was clear and cool with calm winds. The highlights included seeing a Barn Swallow. We saw large numbers of Song Sparrows, Spotted Towhees and Fox Sparrows on the path around the marsh. Ten Hooded Mergansers were swimming and diving on the water. We had great close views of seven Cedar Waxwings feeding on Hawthorn Berry bushes.

A Barn Swallow was seen in a backyard in the 600 block of Prideaux Street of Nanaimo.

Twelve Trumpeter Swans were seen at Piper’s lagoon in Nanaimo.

A Sharp-shinned Hawk was spotted in a backyard in the 100 block of Meridian Way in Parksville.

Tuesday January 25:
The Tuesday bird walk went to Deep Bay. The morning was cloudy and the winds were calm until near the end of the walk when the winds pickup and the fog moved in. We spotted a Greater Scaup and a Lesser Scaup not far from shore. Ten Long-tailed Ducks were just offshore at the point. The White-winged Scoters were the most numerous of the Scoters although we did see Surf Scoter and Black Scoters on the water. A flock of Dunlin flew by offshore.

Monday, January 24:
Eurasian Wigeon, American Wigeon, Mallard and Green-winged Teal were seen on the Mud Flats at the Plummer Road side of the Englishman River Estuary.

Sunday January 23:
A Cooper’s Hawk was seen on backyard lawn in the 2500 block of Glenayr Drive in Nanaimo.

Saturday January 15:
A pair of Evening Grosbeaks are visiting feeders in the 2500 block of Glenayr Crescent in Nanaimo.