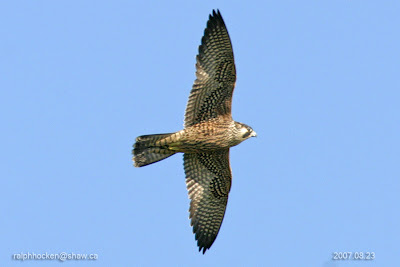 Sunday October 23, 2011:
The Sunday bird walk went to Rathtrevor Provincial Park in Parksville. The morning was mostly sunny but cool with only calm winds.
The highlights included seeing a Townsend’s Warbler with a flock of Pine Siskins. Cedar Waxwings and Purple Finch were in the same bushes. We saw a large flock of Varied Thrush feeding on berries and a Steller’s Jay, with the usual attitude of a jay, flew overhead.

Friday October 21:
A Townsend’s Warbler was spotted at the Little Qualicum Village.

Four Greater White-fronted Geese and one Snow Goose were seen at Parksville Bay in Parksville.

There was a confirmed report of a female or immature Lark Bunting at Jordan River, on the west side of Vancouver Island. Lark Buntings are usually seen in the southern prairies in North America and are an unusual species for this area.