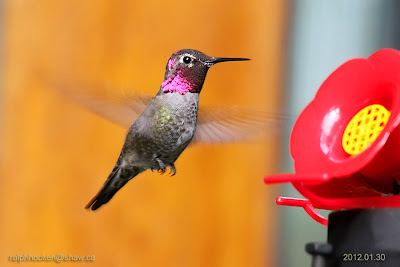 Five Hundred Surfbirds, one hundred Harlequin Ducks and a few Black Turnstones were seen at Neck Point Park in Nanaimo.

Wednesday, March 21:
A Rufous Hummingbird was spotted at a feeder along Suzanne Avenue on Gabriola Island.

Tree Swallows and Yellow-rumped Warblers were seen at Buttertubs Marsh in Nanaimo.