The Tuesday bird walk went to the Little Qualicum River Estuary in Qualicum Beach. The morning was warm and the Strait of Georgia was calm but foggy. Several Horned Grebes, Long-tailed Ducks along with Pacific Loons and Common Loons were seen off shore.  Black-bellied Plovers, Black Turnstones and several Black Oystercatchers were chatting loudly as they were feeding along the shoreline near the viewing platform. Four Brant Geese flew over heading down the Strait. Hundreds of White-winged Scoters and Black Scoters were singing just off shore.  One lone Trumpeter Swan along with several Great Blue Herons were seen on the estuary.  A mixed flock of hundreds of Mew Gulls, California Gulls, Thayer's Gulls and Glaucous-winged Gulls were resting on the large gravel bar near the mouth of the Little Qualicum River. The Gulls lifted in a huge cloud when the Bald Eagle flew close by. 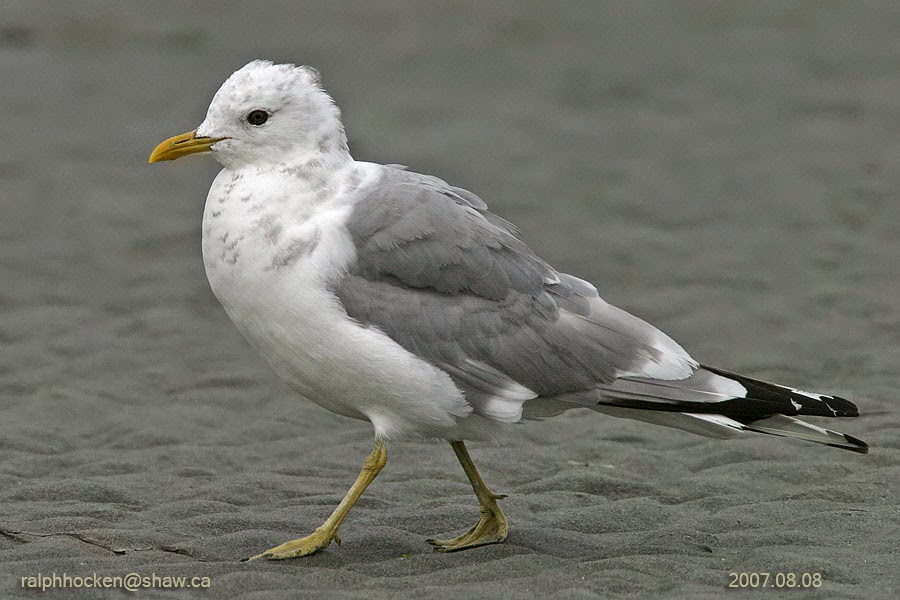 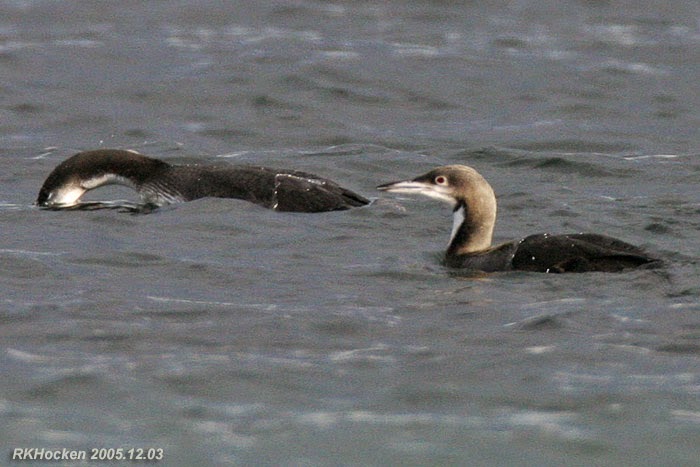 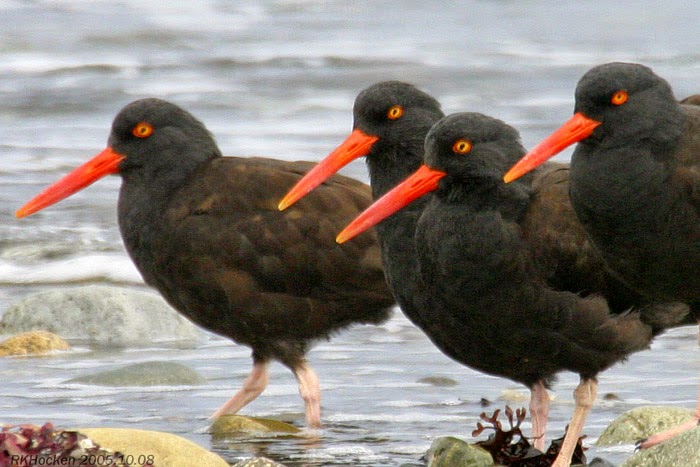