The morning was mostly cloudy with a little sunshine and a stiff breeze off the Strait of Georgia. Hundreds of Common Murre and Pacific Loons were seen flying above the water during the morning.  Several Brant Geese flew in and landed near the shore. A Virginia Rail was heard singing near the marsh where the Mallards usually rest near the road. Horned Grebes, Bufflehead, three Long-tailed Ducks and Common Goldeneye were seen offshore. Three Pileated Woodpeckers and a large mixed flock of Ruby-crowned Kinglets and Golden-crowned Kinglets were feeding just off the trail keeping us entertained as we entered the forest. 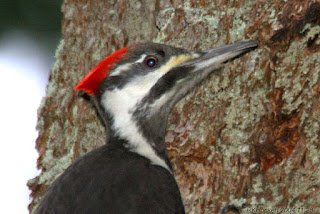 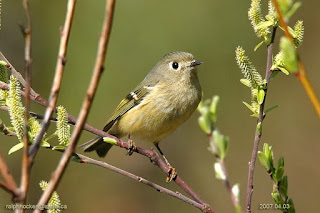 
The Tuesday bird walk on February 09, will be going to the Shelly Road side of the Englishman River. Meet at the Parksville Community Park near the Lions Club Kids Playground Parking Lot at 9:00 a.m. or at the end of Shelly Road on the ocean side of highway 19a at about 9:10 a.m.