The Tuesday bird walk went to the Columbia Beach in French Creek. The morning was foggy with calm winds.  We spotted hundreds of Pacific Loons and Common Loons through the fog, on the water not far from shore. Ten Western Grebes and two Pigeon Guillemots were seen further off shore.  A Bald Eagle was perched high in a conifer tree.  A Merlin was being chased by a feisty Anna’s Hummingbird.  Several Black Oystercatchers were seen along the shore line.  Large numbers of Black-bellied Plovers and Black Turnstones as well as Iceland Gulls, Mew Gulls, California Gulls, Glaucous-winged Gulls and two Herring Gulls were roosting along the gravel bar along with two Greater Yellowlegs . 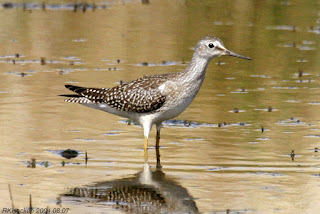 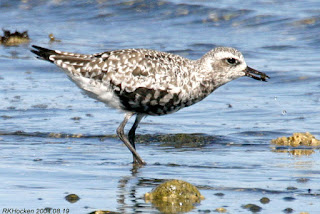 
The Tuesday Bird walk on October 03, 2017, will be going to Rathtrevor Beach Provincial in Parksville . Meet at the Parksville Community Park (at the parking lot in front of the Lions Club Playground) at 9:00 a.m. or at the main parking lot at Rathtrevor Park at about 9:10 a.m.