The Tuesday bird walk went to the Little Qualicum River Estuary in Qualicum Beach.  The morning was cloudy with calm winds. We saw flocks of Canada Geese, Surf Scoters, White-winged Scoters, Black Scoters, several Common Loons, Horned Grebes and Red-necked Grebes from the Brant viewing platform. A Parasitic Jaeger was spotted heading up the Strait of Georgia. Four Black Oystercatchers and several Black Turnstones were seen feeding along the shore line. Two Yellow-rumped Warblers, entertained us along the walk to the river. We spotted a Merlin perched in a tall snag near the trail. We saw twenty Great Blue Herons along the tideline during the morning. A Ring-billed Gull, several Mew Gulls, California Gulls and Glaucous-winged Gulls were seen along the gravel bars. 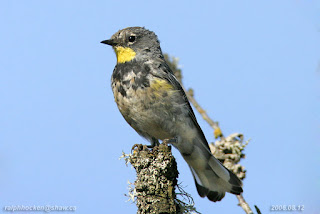 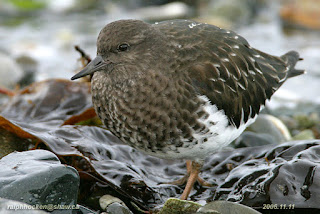