The Sunday bird walk went to Neck Point Park in Nanaimo. The morning was sunny with calm winds.  We saw and heard many American Robins during the walk. A Common Murre, a Pigeon Guillemot and three Marbled Murrelets were seen on the Strait of Georgia. A flock of twenty-four Pacific Loons were seen on the Strait. Two Ruby-crowned Kinglets were spotted feeding high up in a conifer tree near the trail. An Orange-crowned Warbler was feeding in a tall tree next to the trail. 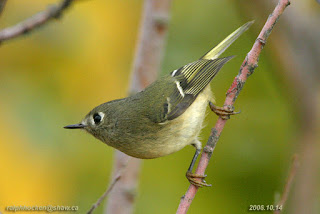 
A White-throated Sparrow was visiting a feeder along Drew Road in French Creek.


A Bohemian Waxwing was spotted at Neck Point Park in Nanaimo.


The Tuesday bird walk went to the Plummer Road side of the Englishman River in Parksville. The morning was sunny with strong winds on the Strait of Georgia. We heard and saw a huge amount of American Robins, during the morning. Four Red Crossbills were seen perched high at the top of a tall Conifer Tree and a flock were seen flying over the tall trees. Two Sharp-shinned Hawks, a Cooper’s Hawk and a Merlin flew over head. Two Northern Shovelers were spotted just off the mud flats. A Clark’s Grebe was spotted off shore and three Western Grebes were seen a little further off shore. A Band-tailed Pigeon being chased by a Cooper’s Hawk was spotted. Pacific Loons and Common Loons were heading up the Strait. A Lincoln’s Sparrow was preening itself just off the trail. 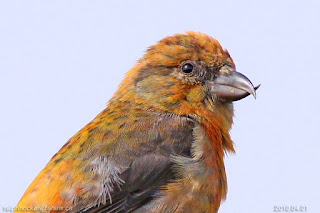 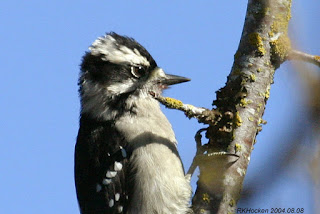 The Tuesday Bird Walk on October 16, 2018 will be going to the Shelly Road side of the Englishman River Estuary in Parksville. Meet at the Parksville Community Park (near the Lions Club playground parking lot) in Parksville at 9:00 am, or at the end of Shelly Road on the Oceanside of Highway 19a at about 9:10 am.