Parksville/Qualicum Beach Tuesday bird walk, November 13, 2018
The Tuesday bird walk went to Rathtrevor Provincial Park in Parksville.
The morning was cloudy with very strong winds off the Strait of Georgia. A large flock of Surf Scoters and  White-winged Scoters were seen far offshore.  Two  Brant Geese were heading into the shore from the strait and nine Brant were seen further off shore. Two Common Murre and a Marbled Murrelet were spotted heading up the Strait.  A flock of Bufflehead and Common Goldeneye were riding the waves.  Several Horned Grebes, many Red-neck Grebes and a Western Grebe were playing hide and seek in the rough surf.  A Golden-crowned Kinglet was feeding in the tall trees along the trail.  A large number of Dark-eyed Juncos were seen during the walk. 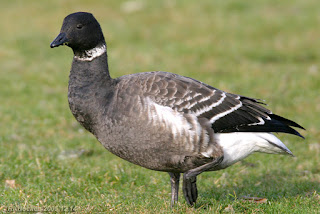 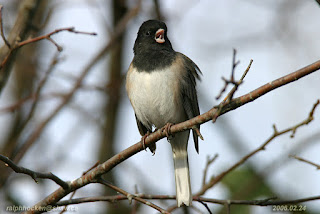 
Thirty-one  Snow Geese were seen in the fields at the Parksville Community Park before the start of the walk.
Please Note
Check this site (www.thebirdstore.blogspot.com) early Tuesday and Sunday on stormy mornings to see if the walks have been cancelled!


The Sunday Bird Walk on November 18, 2018 will be going to Buttertubs Park in Nanaimo. Meet at the Backyard Wildbird and Nature Store, 6314 Metral Drive in Nanaimo at 9:00 am or at Buttertubs Marsh at the Bowen Road side of Buttertubs at about 9:15 am.
The Tuesday Bird Walk on November 20, 2018 will be going to the Plummer Road side of the Englishman River in Parksville. Meet at the Parksville Community Park (near the Lions Club playground parking lot) in Parksville at 9:00 am, or at the corner of Plummer Road and Shorewood Drive at about 9:10 am.
Good birding
Neil Robins