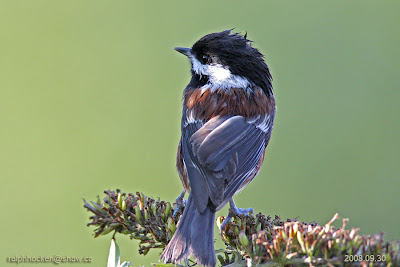 The Tuesday Bird Walk went to Springwood Park in Parksville. The morning was sunny and calm and was filled with bird songs. The highlight of the day was hearing a Red-eyed Vireo singing non stop from high up in the forest canopy for about twenty minutes. Warbling Vireos, Orange-crowned Warblers and a Townsend's Warbler serenaded us as well for most of the morning. We watched as two Brown Creepers took nesting material into a nest under the bark of a big leaf maple tree. We saw Red-breasted Nuthatches gleaning insects high up in a tree. There was a fledgling Pileated Woodpecker clinging to the bark of a tree, not daring to move and a family of Bewick's Wrens low in the bushes, next to the trail, scurring about.