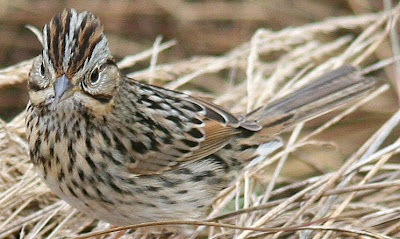 An Adult Bald Eagle was seen slowly soaring low over a yard as nine California Quail arrived in the back yard in the 2500 Block of Glenayr Drive in Nanaimo.

Wednesday September 23:
A Barred Owl was seen perched on a tree behind a deck, for at least an hour, on Protection Island.

Sunday September 20:
A Sharp-shinned Hawk was spotted scouting for prey at a bird feeder on Woodthrush Place in Nanaimo.