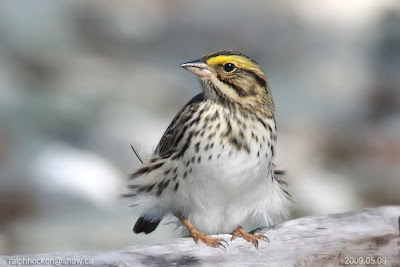 The Tuesday Bird Walk went to the Little Qualicum River Estuary in Qualicum Beach. The morning was cloudy with rain causing the bird walk to be cut short. However, we did managed to find twenty-three species of birds during the the short time that we were out. We saw Surf Scoters, White-winged Scoters, Black Scoters, Common Loons, Horned Grebes, Red-necked Grebes, Black Oystercatchers, a Song Sparrow and Savannah Sparrows at the viewing tower of Highway 19A. At the Estuary we saw a large numbers of Gulls and American Wigeon before the rain began pelting down.