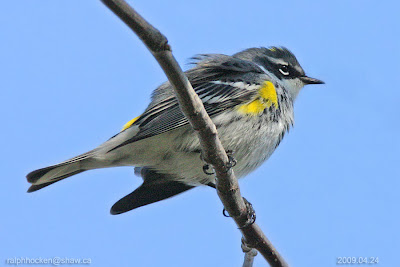 Friday September 17:
"Rare Bird Alert"
A Juvenile Ruff was seen at Whiffen Spit in Sooke, on the west side of Vancouver Island.

A Red-breasted Merganser, a Greater Yellowlegs three Cedar Waxwings and a Sharp-shinned Hawk were seen at French Creek.

A Steller's Jay was spotted along Country Hills Drive in Cinnabar Valley.

A Wandering Tattler and four Black Turnstones were seen today near the point at Neck Point Park in Nanaimo.

An Anna's Hummingbird and a Downy Woodpecker were seen on the Campus at Vancouver Island University in Nanaimo.

A Sharp-shinned Hawk was spotted on a birdbath in a backyard along Hamilton Avenue in Parksville.

Thirty Sandhill Cranes were seen, where the river meets the ocean south of Courtenay off Highway 19A.

A Rufous Hummingbird is visiting feeders along Aulds Road and Arbutus Road in Lantzville.

Tuesday September 14:
A Parasitic Jaeger was seen chasing four Common Terns on the Strait of Georgia off Marine Drive near the Englishman River Estuary, Plummer Road side in Parksville.

Sunday September 12:
A Pileated Woodpecker was seen on a utility pole in the 600 Block of Chestnut Street in Nanaimo.

Saturday September 11:
An Osprey, a Stellar Jay and a male Anna's hummingbird were seen from Sea Otter Place in Nanoose Bay.

Friday September 10:
An Albino Robin was seen in the 700 block of Northumberland Avenue in Nanaimo.