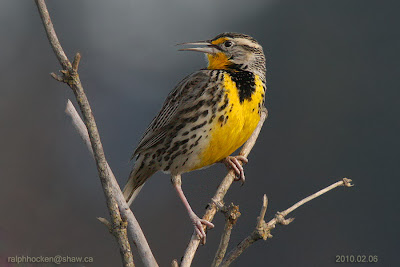 Saturday September 25:
A flock of Bushtits and Steller's Jay were seen at Bowen Park in Nanaimo. An American Dipper was preening by the falls in Bowen Park.
Twenty Greater-white-fronted Geese were seen at the Holden Creek side of the Nanaimo River Estuary.

Friday September 24:
A Northern Harrier was seen near the viewing platform on the Shelly Road side of the Englishman River Estuary in Parksville.

An Albino American Robin was seen in the Woods area of Qualicum Beach.

Thursday September 23:
Three Varied Thrushes were seen in a garden in the Diver Lake area of Nanaimo.

Wednesday September 22:
"Rare bird alert--Ruff"
A Ruff and a Short-billed Dowitcher were seen at Whiffen Spit near Sooke, on the west side of Vancouver Island.

Four Common Terns were seen at Columbia Beach, near the Admiral Tryon Pools.

A Parasitic Jaeger (light phase) was seen harassing gulls out in the Strait of Georgia from Columbia Beach.

A first year Bullock's Oriole was seen at French Creek.

Thirty-five Turkey Vultures were seen above highway 19A at Royston.

A Great Horned Owl was seen along Meridian Way in Parksville.

Sunday September 19:
A Northern Harrier was seen at Buttertubs Marsh in Nanaimo.