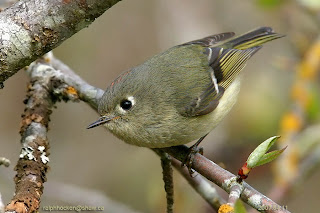 To report your sightings phone the Store at 250-390-3669 or e-mail us at thebackyard@shaw.ca
Please remember, when reporting a sighting, to leave your name and phone number along with the date, the species and location of your sighting.

Thursday, December 20,
“Rare Bird Alert- Citrine Wagtail”
The Citrine Wagtail is still being seen in Courtenay.
Directions to specific location: From Courtenay, cross the 17th St. Bridge (Courtenay River). Turn right onto Comox Road (Dyke Rd) until the Pumping Station on the right hand side of the road. There is a dirt road across the road with a For Sale sign on the left. Walk up the dirt road towards the steel chain blocking vehicle access. The Wagtail has been observed next to the dirt road, at the furthest brush pile


Wednesday, December 19:
A Northern Shrike was seen in a backyard at Dover Road and Uplands Drive in north Nanaimo.


We will meet at Parksville Community Park at the parking lot near the Lions Playground at 9:00 A.M.