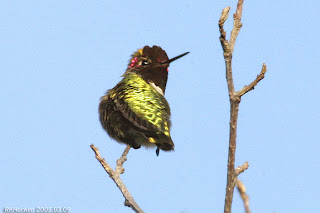 
The Tuesday bird walk on December 11, 2012 will be going to the Plummer Road side of the Englishman River in Parksville.
Red Crossbill: Ralph Hocken Photo.
Good birding
Neil Robins
Parksville
British Columbia