To report your sightings phone the Store at 250-390-3669 or e-mail us at thebackyard@shaw.ca.. Please remember, when reporting a sighting, to leave your name and phone number along with the date, the species and location of your sighting.


The Sunday bird walk went to the Plummer Road side of the Englishman River Estuary in Parksville. The morning was sunny but cool with a wild wind blowing all morning. Six California Quail ran across the trail just in front of us. We saw American Widgeon, Mallard, Northern Pintail and Green-winged Teal were hankered down from the wind, feeding on the mud flats. A musical Bewick’s Wren’s singing caught our attention.
Eleven birders saw and heard the following twenty-seven species: 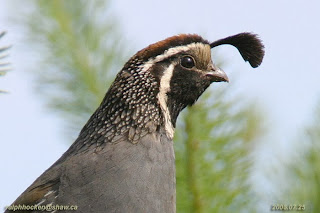 
A Barred Owl was seen in the trees above Garside Road at Brannon Lake in Nanaimo.


Twenty-two American Pipits and a Western Meadowlark were seen at Piper’s Lagoon in Nanaimo.


A Redhead Duck was spotted at Buttertubs Marsh in Nanaimo.


The Tuesday bird walk went to Columbia Beach. The morning was foggy and cool with calm winds. We managed to see a Bufflehead, 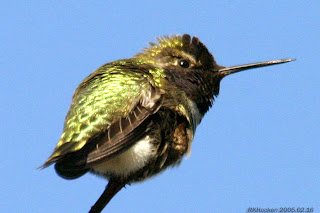 
A White-throated Sparrow has been visiting a backyard along Hammond Bay Road in Nanaimo.


Song Sparrows, Mallards and a Varied Thrush were seen at the marsh area next to the parking lot at Neck Point in Nanaimo.


The Nanoose Naturalists meeting will be held at 7 pm at the Nanoose Library Hall.
Guest speaker will be John Neville and he will talk about the Raptors of Canada.


The Tuesday bird walk on October 29 will be going to the Shelly Road side of the Englishman River Estuary in Parksville. Meet at the Parksville Community Park at the parking lot near the Lions Club playground at 9:00 am or the Oceanside end of Shelly Road off Highway 19a at about 9:10 am.