The Tuesday bird walk went to Rathtrevor Provincial Park in Parksville.  The morning started out sunny and warm but turned cloudy and windy near the end of the walk.  There was no rain, though!   We spotted a Varied Thrush on a bush near the parking lot.  There were many Horned Grebes, Red-necked Grebes, Pacific Loons and Common Loons on the water.  We also spotted one Red-throated Loon not far offshore. Several large flocks of American Widgeon flew up the Straight of Georgia.  Three large flocks of Bonaparte's Gulls flew down the Strait just above the water. 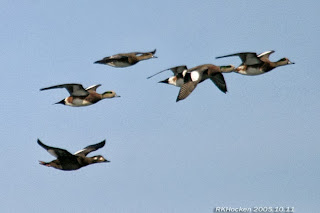 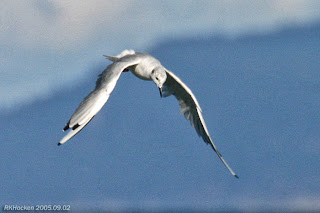 Bonaparte's Gull: Ralph Hocken Photo.
The Tuesday bird walk on October 08 will be going to the Plummer Road side of the Englishman River Estuary in Parksville. We will meet at the Parksville Community Park at the parking lot next to the Lions Club playground at 9:00 a.m. or the corner of Plummer Road and Shorewood Drive at about 9:10 a.m.
Good birding
Neil Robins
Parksville