Sunday, May 04, 2014:
The Sunday bird walk went to Morrell Sanctuary in Nanaimo. The morning was cloudy with rain for most of the morning. The sighting of the morning was a Hammond’s Flycatcher. The flycatcher was feeding in a low bush just above our heads giving us excellent views for about five minutes--it was awesome!  We spotted a pair of Hairy Woodpeckers going into a nesting hole in a snag with food next to the trail.
Three very dedicated birders saw and heard the following twenty-two species:
Canada Geese, Mallard, Hooded Merganser, Bald Eagle, Hairy Woodpecker, Rufous Hummingbird, Hammond’s Flycatcher, Chestnut-backed Chickadee, Brown Creeper, Red-breasted Nuthatch, Pacific Wren, Varied Thrush, Hermit Thrush, American Robin, Cassin’s Vireo, Common Yellowthroat, Orange-crowned Warbler, Black-throated Grey Warbler, Townsend’s Warbler, Spotted Towhee, Song Sparrow and Dark-eyed Junco.


Saturday, May 03:
A Black-headed Grosbeak was seen along Morell Circle at Willows Park in Nanaimo.


A Northern Saw-whet Owl has been heard for the last week at Willows Park in Nanaimo.


American Goldfinch are visiting feeders in the 1500 block of The Bell in Nanoose Bay and along Altavista Drive in Nanaimo.


Three Western Tanagers were seen on the trees at the Morningstar Ponds in French Creek. 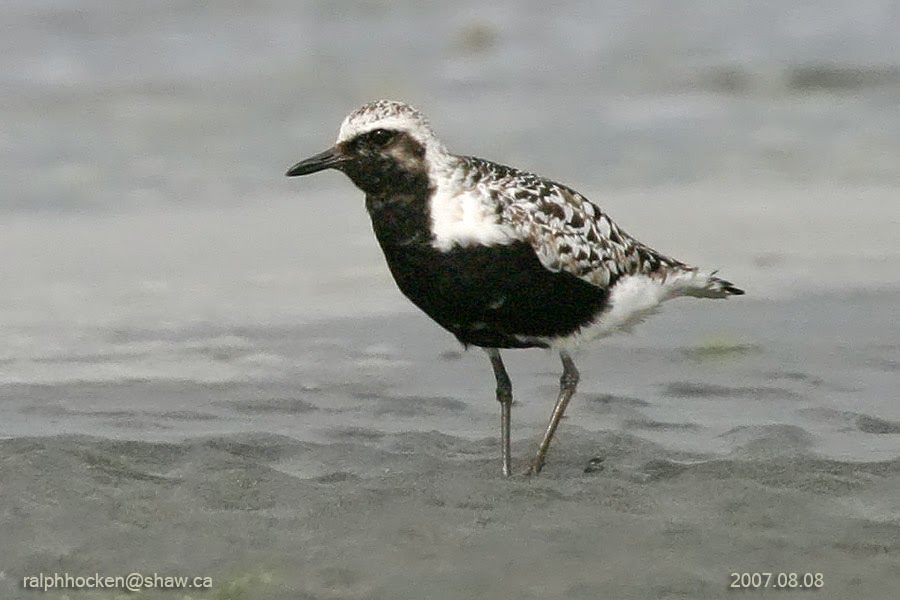 
Friday, May 02:
A flock of Western Sandpipers, Least Sandpipers, two Semipalmated Plovers and two Greater Yellowlegs were seen at the mud flats at the Englishman River Plummer Road side.