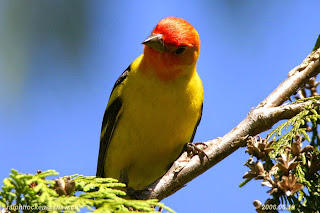 
Saturday, May 09:
A Western Tanager, a Bullock’s Oriole and a Black-headed Grosbeak were seen at Buttertubs Marsh West in Nanaimo.


A Cassin’s Vireo and a Warbling Vireo were spotted at the old MacGreavor Marsh in Nanaimo.


Friday, May 08:
Black-headed Grosbeaks were seen at Morrell Circle in Nanaimo and at Ladysmith.


Tuesday, May 05::
The Tuesday bird walk went to the Plummer Road side of the Englishman River in Parksville. The morning was partly cloudy with a stiff breeze off the Strait of Georgia. We spotted a Hammond's Flycatcher and a Yellow Warbler flycatching at the start of the walk. A Wilson’s Warbler was seen feeding near the scotch broom across the river giving us great views through our binoculars and spotting scopes.  A pair of Cooper’s Hawks flew over head heading towards the forest. We heard a Warbling Vireo singing and then saw him on a bush near the trail. A flock of Western Sandpipers and Least Sandpipers flew in and circled the mud flats and then left the area. Several Canada Geese with goslings and a Cackling Goose were seen walking along the mud flats during the morning. 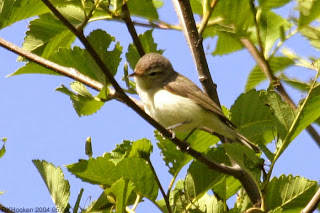 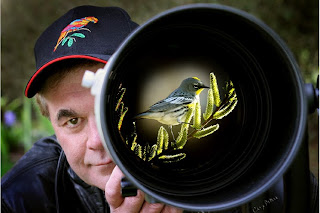 This is our bird photographer Ralph Hocken