The Tuesday bird walk went to Deep Bay. The morning started out cloudy and cool with calm winds.  Snow started to fall and became very heavy as the morning progressed.  The Strait of Georgia was clouded over with the heavy snow. The Black Scoters were singing for most of the morning.  We saw hundreds of Surf Scoters, White-winged Scoters and Black Scoters just off shore. We were greeted by a large number of Long-tailed Ducks about ten feet off the point, along with a Pigeon Guillemot in winter plumage, making for an exciting bird watching experience. 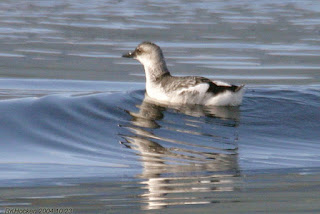 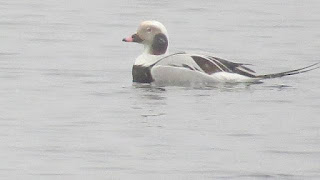 
The Tuesday bird walk on January 12, 2016 will be going to Columbia Beach. Meet at the parking lot near the Lions Club Kids Playground at Parksville Community Park in Parksville at 9:00 a.m. or at the parking area off Admiral Tryon Bld. at about 9:15 a.m.