The Tuesday bird walk went to the Plummer Road side of the Englishman River Estuary in Parksville. The morning started out with light rain but the rain soon stopped making for a pleasant time for birding.  As we started on our walk a Brown Creeper flew in over the trail and hurried up a conifer tree.  Many Bald Eagles and Canada Geese were seen and heard as the morning went on. Six Gadwall and several Green-winged Teal were feeding along the edge of the estuary. Many small flocks of Brant Geese, Common Murre, Dunlin, Black Turnstones and Black-bellied Plovers were seen heading down the Strait of Georgia. 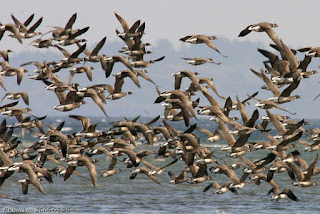 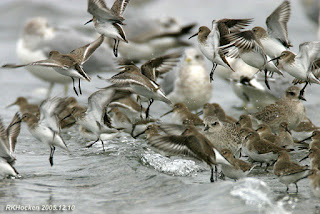 
The Tuesday bird walk on February 02, 2016 will be going to Rathtrevor Beach Provincial Park in Parksville. Meet at the Parksville Community Park near the Lions Club Kids Playground Parking Lot at 9:00 a.m. or at the main parking lot at Rathtrevor Park at about 9:10 a.m.