The Tuesday Birdwalk went to the Plummer Road side of the Englishman River Estuary in Parksville. The morning was cloudy with a light shower but calm winds. We watched a Greater Yellowlegs sleeping on the mudflats while Killdeer sang and ran about nearby.  A Northern Harrier flew over the estuary looking for prey.  A fast flying Merlin flew over head.  A Greater Scaup was spotted with a flock of Surf Scoters racing down the Strait of Georgia.  Common Loons, Red-necked Grebes, Horned Grebes, Common Merganser and Red-breasted Mergansers were on the strait sporting their new breeding plumage---a colorful sight!  A Common Murre, a Marbled Murrelet and Brandt’s Cormorant were also spotted on the strait.  A flock of Bonaparte's Gulls flew just over the water heading south.  Western Gulls, a Herring Gull and a Glaucous Gull were resting with a large number of gulls on a gravel bar. 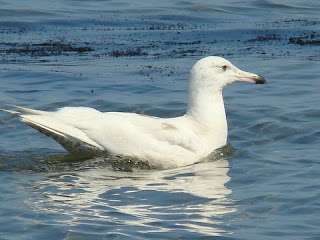 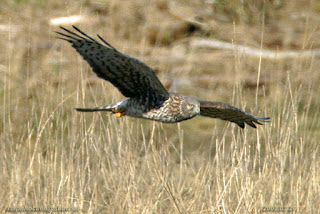 
The Tuesday bird walk will be going to Springwood Park in Parksville. Meet at the parking lot near the Lions Club Kids playground at 9:00 a.m. or at the west end of Despard Avenue at about 9:10 a.m.