BIRD REPORT
“EXPLORE NATURE”---GO BIRDING:
To report your sightings phone the Store at 250-390-3669
Or e-mail us at thebackyard@shaw.ca
Please remember, when reporting a sighting, to leave your name and phone number along with the date, the species and location of your sighting.


Saturday, November 05:
A Short-eared Owl and three Western Meadowlarks were seen at the end of the spit at Pipers Lagoon in Nanaimo.


A Snow Bunting was seen for the last two days at the French Creek Jetty near the gravel spit. 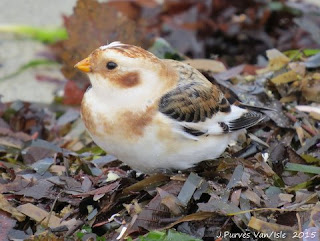 
Thursday, November 03:
A Red Phalarope and a flock of Surfbirds were seen at the end of the spit at Pipers Lagoon in Nanaimo. 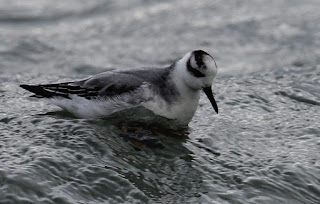 
Parksville/Qualicum Beach Tuesday bird walk
November 01, 2016:
The Tuesday bird walk went to Rathtrevor Beach Provincial Park in Parksville.  The morning started out partly cloudy with calm winds but the wind picked up from the Strait of Georgia as the morning went on.  Eight Snow Geese were seen at the Parksville Community Park.  Two thousand Surf Scoters and White-winged Scoters were seen offshore.  Two large flocks of Greater Scaup were seen flying down the Strait.  Long-tailed Ducks, Pacific Loons, Common Loons, Horned Grebes, Red-necked Grebes, Brandt's Cormorants and Doubled-crested Cormorants were seen on the water all morning.  A large number of  Chestnut-backed Chickadees, Golden-crowned Kinglets and Ruby-crowned Kinglets were seen feeding along the edge of the forest.  A Hermit Thrush was spotted lowdown in the forest.  We spotted a Palm Warbler pumping its tail constantly and moving quickly at the top of an apple tree near the Nature house. 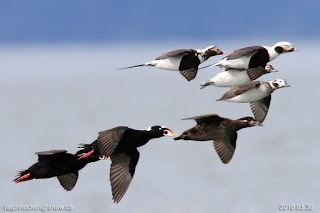 
The Tuesday bird walk on November 08 will be going to Deep Bay. Meet at the Parksville Community Park at the parking lot near the Lions Club Kids Playground at 9:00 a.m. or at the parking lot at the Deep Bay Marina at about 9:30 a.m.