Nanaimo bird report”
Explore Nature ---Go Birding
To report your sightings call the birdstore at 250-390-3669 or e-mail
thebirdstore@shaw.ca
Please remember, when reporting a sighting, to leave your name and phone number with the date and location of the sighting.
Sunday Bird Walk, October 01, 2017:
The Sunday bird walk went to Buttertubs Marsh in Nanaimo.  The morning was cloudy with calm winds.  Four Pied-billed Grebes, three Green-wing Teal, a flock of Ring-necked Ducks and American Widgeons were seen on the marsh at the start of the walk.  We spotted a young Red-tailed Hawk perched in a snag near the trail. Three more Red-tailed Hawks and three Turkey Vultures were seen flying overhead.  Several Yellow-rumped Warblers were feeding just off the trail.  A Varied Thrush was perched just off the trail.  We heard several Steller’s Jays squawking and then spotted a young Great Horned Owl who was being mobbed by the Jays. 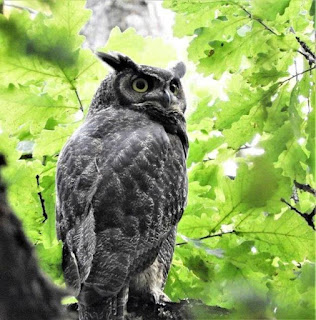 
Friday, September 29:
A large flock of Black Swifts and several Northern Pygmy Owls were seen at Little Mountain in Parksville.


A White-throated Sparrow was seen in a backyard along Berry Point Road on Gabriola Island.


The Tuesday bird walk went to the Columbia Beach in French Creek. The morning was foggy with calm winds.  We spotted hundreds of Pacific Loons and Common Loons through the fog, on the water not far from shore. Ten Western Grebes and two Pigeon Guillemots were seen further off shore.  A Bald Eagle was perched high in a conifer tree.  A Merlin was being chased by a feisty Anna’s Hummingbird.  Several Black Oystercatchers were seen along the shore line.  Large numbers of Black-bellied Plovers and Black Turnstones as well as Iceland Gulls, Mew Gulls, California Gulls, Glaucous-winged Gulls and two Herring Gulls were roosting along the gravel bar along with two Greater Yellowlegs. 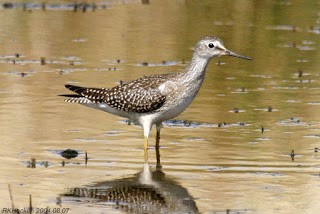 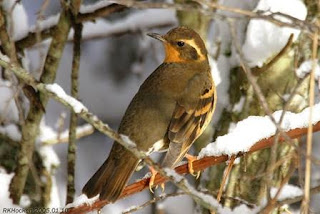 
The Tuesday Bird walk on October 03, 2017, will be going to Rathtrevor Beach Provincial in Parksville. Meet at the Parksville Community Park (at the parking lot in front of the Lions Club Playground) at 9:00 a.m. or at the main parking lot at Rathtrevor Park at about 9:10 a.m.


The Sunday Bird walk on October 08, 2017 will be going to Neck Point Park in Nanaimo. Meet at the Bird store at 9:00 a.m. or at the parking lot at Neck Point off Hammond Bay Road at about 9:15 a.m.
Good birding
Neil Robins