The Tuesday bird walk went to Deep Bay. The morning was cloudy and with rain for the first half of the walk and then turned clear and sunny, making for a pleasant bird walk. Hundreds of Surf Scoters, White-winged Scoters and singing Black Scoters were seen on the Strait of Georgia.  We spotted the first of the season Long-tailed Ducks just offshore.  Three Pigeon Guillimots, seven Ancient Murrelets and four Marbled Murrelets were seen on the Strait during the walk.  We watched a Merlin chasing a flock of crows high above a conifer tree near the trail.  Two Black Turnstones and seven Black Oystercatchers were seen on the gravel bar near the shore. 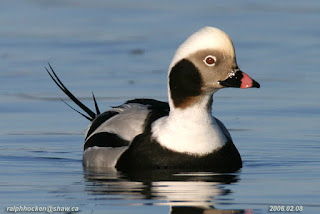 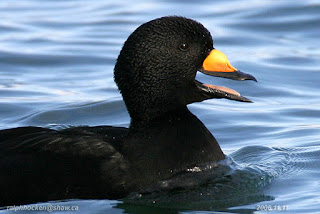 
The Tuesday Bird walk on October 17, 2017, will be going to the Little Qualicum River Estuary in Qualicum . Meet at the Parksville Community Park (at the parking lot in front of the Lions Club Playground) at 9:00 a.m. or at the Brant viewing platform in north Qualicum Beach at about 9:15 a.m.