Sunday, November 12, 2017:
This Sunday’s Bird walk was cancelled because of the weather!!

A Northern Pygmy-Owl was seen visiting a backyard along Meridian Way in Parksville.


Saturday, November 11:
A Mountain Bluebird was seen at the Englishman River Estuary, Shelly Road side in Parksville.


Thursday, November 09:
A Mourning Dove was spotted in with a flock of Eurasian–Collared Doves along Jingle Pot Road in Nanaimo.

Parksville/Qualicum Beach Tuesday Bird Walk, November 07:
The Tuesday bird walk went to the Englishman River on the Plummer Road side in Parksville. The morning was cloudy with a strong wind off the strait of Georgia.  We spotted a Northern Harrier at the beginning of the morning flying just above the grass. The Harrier then perched on a log to give us great views.  A Cooper's Hawk and a Merlin flew over head. A very large flock of American Wigeon’s, with one Eurasian Wigeon were seen swimming in the flooded estuary. Three flocks of Dunlin and a flock of Black-bellied Plovers were seen flying up the Strait of Georgia. We spotted a Clark’s Grebe swimming up the Strait and we were entertained by him for about thirty minutes. 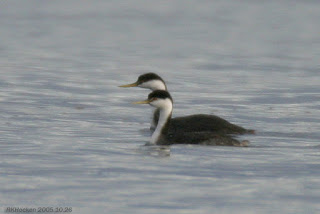 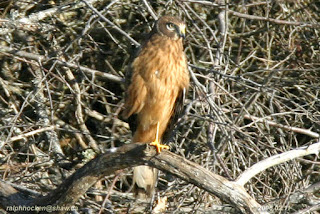 Friday, November 03:
A White-throated Sparrow was seen at Buttertubs Marsh in Nanaimo.


A Canvas-backed Duck was spotted at Divers Lake in Nanaimo.