Sunday bird walk, April 15, 2018
The Sunday bird walk went to Buttertubs Marsh in Nanaimo. The morning was cloudy with calm winds. An American coot was spotted near the reeds not far from shore.  Two Virginia Rails were heard.  A Northern Harrier flew overhead being chased by a Brewer’s Blackbird. Violet-green Swallows, Tree Swallows, Northern Rough-winged Swallows and Barn Swallows were flying low over the water all morning. We spotted Yellow-rumped Warblers, a Orange-crowned Warbler and several Common Yellow-throats were seen and heard. 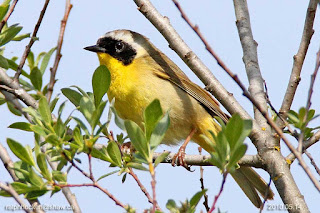 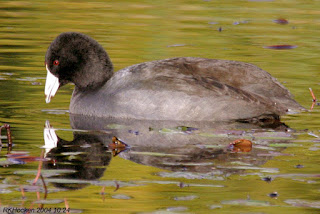 
Thursday, April 12:
A Greater White-fronted Goose and a Band-tailed Pigeon were seen at the Englishman river Estuary on the Plummer Road side in Parksville.


Twelve Greater Yellowlegs were seen near the Living Forest Campground in south Nanaimo.


Friday, April 13:
A very large raft of Surf Scoters was seen off Pipers Lagoon in Nanaimo.

Parksville/Qualicum Beach Tuesday Bird Walk, April 10, 2018
The Tuesday bird walk went to Springwood Park in Parksville. The morning started with rain showers but finished with sunshine and clear skies.  An Orange-crowned Warbler greeted us at the start of the walk.  Several Yellow-rumped Warblers were seen during the morning.  Both Anna's Hummingbird and Rufous Hummingbirds were seen throughout the morning. Six Turkey Vultures were seen soaring high overhead.  Six Trumpeter Swans and a Tundra Swan were feeding in the field near Church Road.  A Red-tailed Hawk was seen perched high up in a tall conifer tree.  A Cooper’s Hawk flew past quickly.  Two Great Horned Owls were perched in the forest giving us great views at the end of the walk. 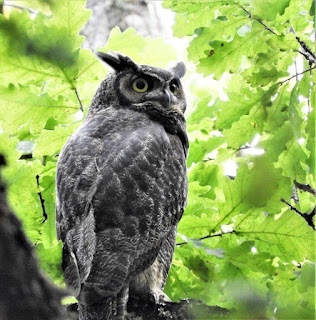 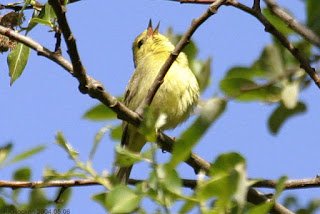 
Please Note
Check this site (www.thebirdstore.blogspot.com) early Tuesday and Sunday on stormy mornings to see if the walks have been cancelled!
The Tuesday Bird Walk on April 17, 2018 will be going to the Shelly Road side of the Englishman River in Parksville.  Meet at the Parksville Community Park (near the Lions Club playground parking lot) in Parksville at 9:00 am, or at the end of Shelly Road on the oceanside of highway 19a at about 9:10 am.


The Sunday Bird Walk on April 22, 2018 will be going to Legacy Marsh in upper Lantzville. Meet at the Bird store at 9:00 am or under the hydro lines along Normarel Drive in upper Lantzville at about 9:200 a.m.
Good birding
Neil Robins