Parksville/Qualicum Beach Tuesday Bird Walk, April 24, 2018
The Tuesday bird walk went to the Plummer Road side of the Englishman River in Parksville. The morning was clear with calm winds. We watched a Wilson’s Warbler feeding in a short bush just across the river from us.  Least Sandpipers, Western Sandpipers and a Semipalmated Sandpiper were seen feeding on the mudflats. A Hump-backed Whale was spotted heading down the Strait of Georgia. Eight Band-tailed Pigeons, Turkey Vultures, Bald Eagles, a Merlin and a Cooper’s Hawk flew overhead during the morning. Two Black Oystercatchers, four Black-bellied Plovers a Dunlin, a Killdeer, a Long-billed Dowitcher and a Short-billed Dowitcher were seen feeding on the mudflats.  A  Eurasian Teal was seen feeding on the mudflats with a flock of Green-wing Teal at the end of the walk. 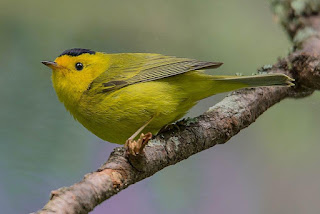 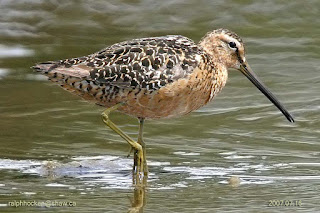 Long-billed Dowitcher: Ralph Hocken Photo:
Please Note
Check this site (www.thebirdstore.blogspot.com) early Tuesday and Sunday on stormy mornings to see if the walks have been cancelled!


The Sunday Bird Walk on April 29, 2018 will be going to Morrell Wildlife Sanctuary in Nanaimo.  Meet at the Bird store at 9:00 am or at parking lot at Morrell Sanctuary at 787 Nanaimo Lakes Road in Nanaimo at about 9:20 am.
The Tuesday Bird Walk on May, 2018 will be going to Moorcroft Regional Park in Nanoose Bay.  Meet at the Parksville Community Park (near the Lions Club playground parking lot) in Parksville at 9:00 am, or at the parking lot at Moorcroft  at 1563 Stewart Rd, (off Northwest Bay Road, follow signs to Moorcroft )at about 9:20 am.