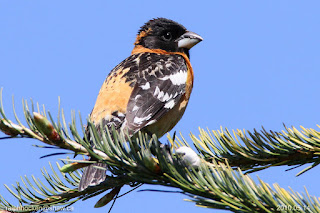 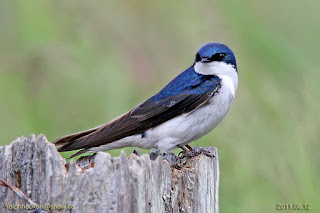 
A Black-headed Grosbeak is visiting feeders along Meridian Way in Parksville.


Friday, May 11:
A Black-headed Grosbeak is visiting feeders at the end of Lakeside Drive in the Cinnabar Valley.


Wednesday, May 09:
Red Crossbills and Evening Grosbeaks are visiting feeders along Elizabeth Way in Lantzville.


A pair of Evening Grosbeaks is visiting a back yard in the 800 block of Douglas Avenue in Nanaimo.


Parksville/Qualicum Beach Tuesday Bird Walk,
May 08, 2018:
The Tuesday bird walk went to Little Qualicum River Fish Hatchery with a brief stop at the Brant Viewing Tower in Qualicum Beach.  The morning was sunny. The walk was two and a half miles long, taking two hours and fifty minutes. Two Blue-wing Teal, White-winged Scoters, Common Merganser, Red-breasted Merganser and Pacific Loons in breeding plumage were seen offshore at the viewing platform.  We saw an American Dipper feeding it’s young at the fish hatchery.  We heard a Western Tanager singing and a Swanson’s Thrush calling near the trail.  A Red-breasted Sapsucker was spotted near the trail.  A Yellow-rumped Warbler, a Warbling Vireo and an Orange-crowned Warbler were seen in a tall Big-leaf Maple tree.  We heard and saw and heard Pacific-slope Flycatchers, Hammond’s Flycatchers and Willow Flycatchers through out the morning.  Six Turkey Vultures flew over head at the end of the walk. 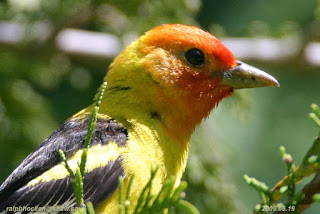 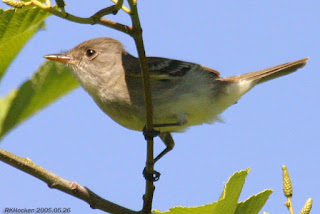 
The Tuesday Bird Walk on May 15, 2018 will be going to the Top Bridge Trail in Parksville.  Meet at the Parksville Community Park (near the Lions Club playground parking lot) in Parksville at 9:00 am, or at the top bridge trail entrance (look for sign) at Industrial Way and Tuan Road at about 9:10 am.


The Sunday Bird Walk on May 20, 2018 will be going to Linley Valley in Nanaimo.  Meet at the Bird store at 9:00 am or at the Burma Road entrance to Linley Valley, off Lost Lake Road in north Nanaimo at about 9:20 am.
Good birding
Neil Robins