Parksville/Qualicum Beach Tuesday Bird Walk, April 02, 2019:
The Tuesday Bird Walk went to the Little Qualicum River Fish Hatchery in north of Qualicum Beach. The morning was sunny with calm winds.   We saw thousands of Surf Scoters, White-wing Scoters, Red-necked Grebes, Brant Geese, Pacific Loons and Common Loons on the Strait of Georgia when we stopped on the way to the hatchery at the Brant Viewing Area in North Qualicum Beach.  We spotted a pair of busy Bushtits building a nest just above the trail at the hatchery--a great sighting. Two Orange-crowned Warblers, the first of the season, entertained us about four feet above the ground near the trail. Three Red Crossbills were seen near the river. At the end of the walk we saw an American Dipper on the river. 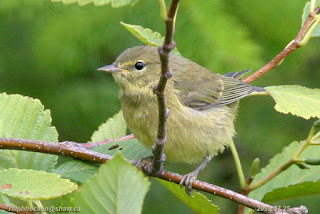 
Please Note:Check this site (www.thebirdstore.blogspot.com) early Tuesday and Sunday on stormy mornings to see if the walks have been cancelled!


The Sunday Bird Walk on April 07, 2019 will be going to Buttertubs Marsh in Nanaimo. Meet at the Backyard Wildbird and Nature Store (6314 Metral Drive in Nanaimo) at 9:00am or at the Parking Lot at Buttertubs off Bowen Road at about 9:15am.