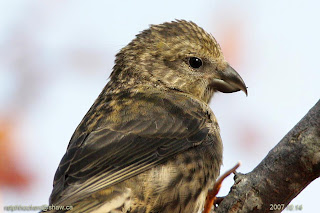 Check out the Audubon site for the Christmas Bird Count results.
http://www.audubon.org/bird/cbc/hr/


Please remember, when reporting a sighting, to leave your name and phone
number, along with the date and location of your sighting.

Sunday January 27:
Over fifty Trumpeter Swans were seen at the Ugly Dwarf Meadows in Nanoose Bay.

Thursday January 24:
A Red-tailed Hawk was spotted in a tall Fir Tree just off Corfield Street in Parksville.
Seven Cedar Waxwings and American Robins were feeding on Holly berries and as well, a Ruby-crowned Kinglet, thirty Pine Siskins, European Starlings and Bushtits were feeding at bird feeders along Beaconsfield Road in Nanaimo . Dark-eyed Juncos were feeding on the ground and a Bewick's Wren was spotted on a Plum Tree.

Friday January 18:
A Black Oystercatcher was spotted in Ladysmith Harbour between Transfer Beach and the Maritime Society Wharf in Ladysmith.

Tuesday January 15:
An Indigo Bunting was seen in the early morning and again late in the afternoon in Ucluelet.