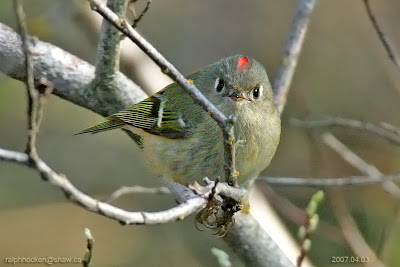 To report your sightings
please phone the Store at 390-3669
or e-mail us at thebackyard@shaw.ca
or call the Bird Alert at 390-3029
Post your sightings on these sites:
www.thebirdstore.blogspot.com
http://groups.yahoo.com/group/bcbirdingvanisland/messages
Please remember, when reporting a sighting, to leave your name and phone
number, along with the date and location of your sighting.
Sunday January 06:
A Cackling Goose was seen in with a flock of Canada Geese at the Parksville Community Park in Parksville.
A Peregrine Falcon was seen at the Englishman River Estuary in south Parksville.
An American Kestrel was seen perched on hydro lines at the Ugly Dwarf Meadows in Nanoose Bay.
Saturday January 05:
Three Anna's Hummingbirds are coming to feeders along Cosgrove Crescent in Nanaimo.
Friday January 04:
Several different flocks of Golden-crown and Ruby-crowned Kinglets were seen on the trail around Lost Lake in Nanaimo.

Thursday January 03:
A Great-horned Owl was calling at Colliery Dam Park near Glengarry Crescent in Nanaimo.
Wednesday January 02:
Two pair of Anna's Hummingbirds are coming to feeders along Cortez Place in Nanaimo.
Tuesday January 01:
Three Mountain Bluebirds were seen at Nanoose Edibles on Stewart Avenue off Northwest Bay road in Nanoose Bay.
A female Rufous Hummingbird, along with three Anna's Hummingbirds, are visiting feeders along Bayshore Drive in Nanaimo.
Sunday December 30:
Highlights of the Nanaimo Christmas Bird Count:
A Harris's Sparrow was seen in Cinnabar Valley.
A Townsend's Solitaire was seen at the Tamagawa Gardens at Malaspina
University-College in Nanaimo.
A Townsend's Warbler was seen on Protection Island.
60 Ancient Murrelets seen from a boat on the Strait of Georgia.
A White-Throated Sparrow was seen along Departure Bay in Nanaimo.
A Northern Shrike was seen on Newcastle Island and at the Nanaimo Golf Course.
An Evening Grosbeak was spotted on Newcastle Island.
A Ruddy Duck was seen on Holden Lake.
Three Short-eared Owls and two Western Meadowlarks were seen at the Nanaimo River Estuary.
Two Great-horned Owls were seen at Colliery Dam, at Nanaimo River Road and at Morrell Wildlife Sanctuary in Nanaimo.
A total of 120 species were counted during the Nanaimo Christmas Bird Count.