3 Mountain Bluebirds, I male 2 female, were seen at the Nanaimo River Estuary perched atop the old fence posts in the middle of the estuary.

A flock of 100 plus Greater White-fronted Geese were seen flying over Hemer Park heading north.

Wilson’s Snipe was seen at Neck Point Park, in the pond next to the parking lot.

A female Wilson’s Warbler and a Chipping Sparrow were seen in a backyard on the 2500 block of Glenayr Drive Nanaimo.

2 Hermit Thrush are visiting a backyard on Western Acres road in south Nanaimo. 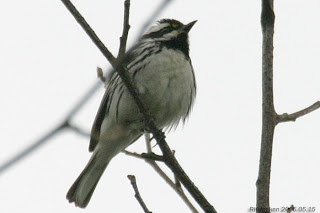 Cassin’s Vireo and Hermit Thrush were seen amongst the snow in the Foothills development in upper Lantzville.

Savannah Sparrow was hanging out in a backyard on Neyland Street in Nanaimo.

The Brambling is still frequenting the backyard on the Pacific Rim Highway in Ucluelet. It has been there for the past week.

Pair of Mouring Doves has been frequenting the area of Phantom road and Aulds road in Lantzville. An Osprey has been busy on the nest located next to the Island Highway near Collier Dam Park.

At Union Bay Horned Grebe, Red-necked Grebe and 23 Western Grebes were seen along with a Northern Rough-winged Swallow.