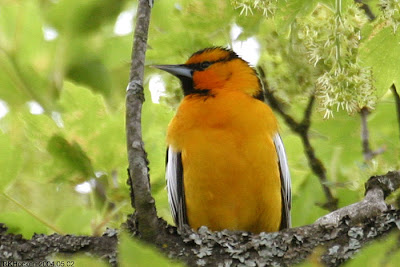 Saturday May 30:
A Ringed Turtle Dove was seen in the 1600 block of Casper's Way in Nanaimo.

Ruby-crowned Kinglets were spotted at Rathtrevor Provincial Park in Parksville.

Friday May 29:
A Ringed Turtle-Dove was spotted sitting on the top of the Diadora tree near Piper's Lagoon in Nanaimo.

A Killdeer was spotted near the Navy League Building in Nanaimo.

A female Red Crossbill was seen at a feeder along Johnstone Road in French Creek.

Sunday May 24:
A Green Heron was seen at the Chase River Estuary in south Nanaimo.

Wednesday May 20:
Nine Caspian Terns were seen at Rathtrevor Provincial Park in Parksville.

A Blue-winged Teal was seen at the Englishman River Estuary in Parksville.

A pair of Wood Ducks was seen at the 6 metre tree stump across from the viewing platform at the Hemer Marsh pond in Cedar. The female was going in and out of the hole near the top of the stump, the male sitting on top a foot or so higher.

Saturday May 16:
Over six Red Crossbills were seen in the 3500 block of Wiltshire Drive in Nanaimo.

Wednesday May 13:
A Brown Pelican was seen off Maude Point in Nanoose Bay and another one was seen off shore at Campbell River.

Tuesday May 12:
A Mourning Dove was seen in the 700 block of Bradbury Avenue in Parksville.

An Anna's Hummingbird was seen along the Englishman River Road in Errington.