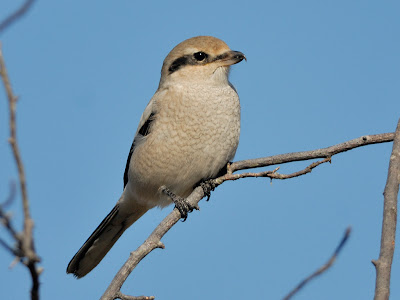 A Northern Harrier, an immature Northern Shrike and two Western Meadowlarks were seen at the Nanaimo River Estuary in south Nanaimo.

Thursday October 08:
A White-throated Sparrow was seen at French Creek from the Columbia Beach side.

Seven Pectoral Sandpipers and over one hundred Wood Ducks were seen at Buttertubs Marsh in Nanaimo.

Over two hundred Pacific Loons were seen on Northwest Bay.

Sunday October 04:
A Northern Harrier being harassed by a Raven was seen over Wren Place in Nanaimo.