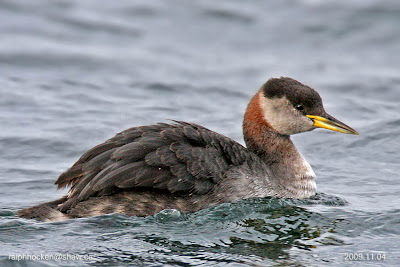 Friday November 20
A Sharp-shinned Hawk was seen on a fence post in the 100 block of Meridian Way in Parksville.

Eight California Quail were seen in the 2500 block of Glenayr Drive in Nanaimo.

A large flock of Trumpeter Swans were seen in the fields off Cedar Road in Cedar.

Monday November 16:
A Trumpeter Swan was seen on the marsh at Hemer Provincial Park in Cedar.

A Sharp-shinned Hawk was seen in the 3000 block of Hammond Bay Road in Nanaimo.

Saturday November 14:
Two male Anna's Hummingbirds and a Townsend Solitaire were seen feeding in a backyard along Drew Road in French Creek.

Its great to see such an active community of birders on the island. If you are ever thinking of doing an overnighter trip a great place to stay (its even named after a bird!) is the Heron House -Vancouver Island Vacation Home

Hope the birding goes well over the winter!