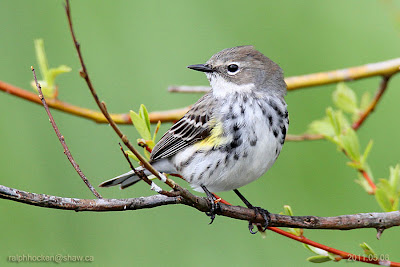 Sunday September 11, 2011:
The Sunday bird walk went to the newly opened Moorecroft Regional District Park in Nanoose Bay. The morning was sunny and warm with a breeze off the Strait of Georgia. We saw and heard all five species of woodpeckers from the island---Downy Woodpecker, Hairy Woodpecker, Northern Flicker, Pileated Woodpecker and Red-breasted Sapsucker. Several Brown Creepers entertained us throughout the morning. Yellow-rumped Warblers, Black-throated Gray Warblers and Townsend’s Warblers were spotted high up in the trees.

A Wilson's Warbler was seen at the end of Brookwood Drive in north Nanaimo.

A Marsh Wren was seen at Brookwood Marsh in north Nanaimo.

Sunday September 04:
A juvenile Parasitic Jaeger was spotted at Deep Bay harassing Bonaparte’s Gulls before settling on the water for about five minutes and then flying off.